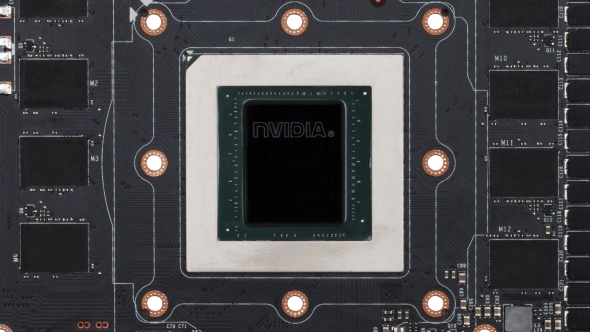 New rumours are now circulating about a March release for the as-yet unannounced GTX 1080 Ti, with most penning it in for a release at the PAX East event in Boston on the 10th. But there’s another event closer to Nvidia’s heart and heartland going on in March – the Game Developers Conference.

Since Nvidia’s CEO, Jen-Hsun Huang, strutted off stage at the inaugural keynote of CES 2017, without a single mention of new graphics cards, the tech world has been searching for answers to one question. Where is the GTX 1080 Ti?

According to one CES rumour an MSI rep claimed their versions of the GTX 1080 Ti would be launched around the PAX East gaming event, which kicks off on March 10 in Boston, once Nvidia had given them the green light.

That doesn’t necessarily mean the initial launch is happening right then. It’s possible Nvidia want to release the GTX 1080 Ti with both their reference/founders cards dropping at the same time as partner boards, but I’m expecting Nvidia’s flagship 10-series card to make it’s big splash at the same time as the Game Developers Conference (GDC) in San Francisco.

That’s a lot closer to Nvidia’s Santa Clara home and there’s precedent too. Team green unveiled the GTX 680 in a side event to the 2012 GDC. This year’s event runs from February 27 to March 3 so it’s possible Nvidia are lining up to bring the noise about the GTX 1080 Ti at GDC with a full partner launch penned in for a week or so later around the PAX East event.

The other CES rumour is that the GTX 1080 Ti was always meant to be revealed at the new year show in Vegas, but that it was pulled to tailor its launch to try and stick the boot into AMD’s new Vega GPU launch when that happens. We’ve heard that right up until the last moment the slide deck for the Nvidia keynote was being markedly changed, with the final deck almost completely different from what was expected when the GeForce team landed in Las Vegas.

2017 is shaping up to be pretty intense, tech-wise, from the get-go.