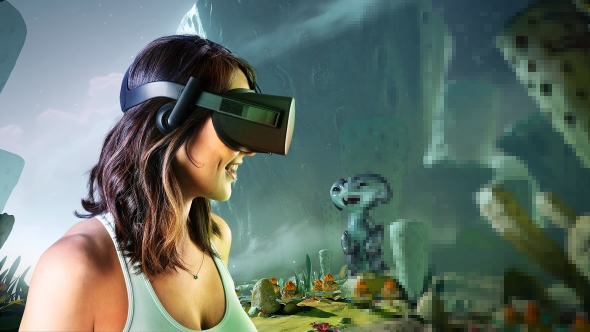 VR headsets have made great strides since the days of the Virtual Boy (neck cramp anyone?), but by today’s standards the visual fidelity of VR games is nothing to be proud of. So when can we expect virtual reality to truly give us photorealism? Nvidia reckon it will be a long way off. Like, 20 years, long way off.

Photorealistic VR is 20 years away, so why not go for a high-fidelity new gaming monitor instead?

Nvidia stand to make a hell of a lot of pocket money from headset sales; Oculus Rift and HTC Vive both need high-end GPUs to run effectively and, until AMD release their RX Vega cards, Nvidia have got that end of the market sewn up. Helping make the accompanying VR games gorgeous then is pretty high up Nvidia’s to-do list, which prompted them to crunch the numbers.

“I actually sat down and did the math one time,” Jason Paul, Nvidia’s head of VR strategy told UploadVR. “Based off how many pixels we would need to be able to push and mapping that out alongside our upcoming new GPU releases, it would take us about 20 years to achieve resolutions that can match the human eye.”

20 years, depending on your age at the time of reading this, will either be an exciting or infuriating prospect. It means, for many of us, VR will become indistinguishable from reality just as our eyes stop working. But, given the complex nature of the task at hand, it’s perhaps not altogether surprising it might take two decades to get the GPU power into our machines to push the definition of VR up to that level. 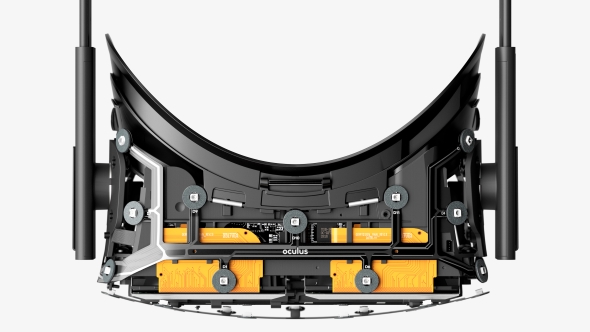 Part of the issue is the current display hardware – the headsets of today simply can’t display more than a certain number of pixels, limiting the fidelity of any image they’re displaying. As has been the case with traditional monitors though, manufacturers will go about perfecting their faceboxes to one-up the competition and offer the most appealing product to the customer. But as small-scale panels become capable of higher and higher resolutions, thanks largely to advances in the smartphone landscape, the other side of the equation is going to have to balance out.

That’s because the other issue at hand is the power of the graphics cards themselves – Nvidia don’t think they’ll be ready for up to two decades. With VR the GPU is essentially having to output twice, once per eye, and as the resolution goes up so do the demands on your graphics hardware. And, as Paul puts it, sight is a “highly differing sense”, leaving many gaming creations in the uncanny valley. GPUs then are still a way off pumping out enough pixels to convince the eye the images on screen are real, even 8K per eye might not be sharp enough.

Not content with sitting back and waiting for the magic to happen, however, Nvidia are trying to circumventtheirpredicted time frame by delving into the likes of foveated rendering (where the resolution is highest at the point your eyes are focused on, scaling down around the periphery) and other nifty techniques – the sooner the VR industrycan nail a truly convincing VR experience, the sooner they can put their feet up and watch the money roll in. Well, so long as someone makes those must-play VR games anyways…