Playkey is a relaunched streaming service which will rent you a virtual gaming rig to play the latest games on PCs that have no right to even display GTA V’s splash screens. Originally chasing OnLive’s doomed game streaming model Playkey’s CEO, Egor Gurjev, quickly realised trying to change people’s game buying habits would be a lot tougher than changing the hardware they buy.

Need a little more gaming speed out of your current rig? Check out our how to overclock guide to get a few free frames per second.

Gurjev originally started out with a retail site called Gama-gama.ru, selling activation keys for Steam and Origin games, but quickly came to realise it wasn’t a workable operation. “Selling the games is not the best way to make a sustainable business,” explained Gurjev, “because when your competitor lowers the prices by 10% then all your business is going down.”

So their thoughts turned towards game streaming and the original idea was to set themselves up as the Eastern European subsidiary of OnLive, but despite initial contact progress on that front ground to a halt.

“Talking to OnLive gave us zero results, we tried to persuade OnLive to start the business in Eastern Europe,” says Gurjev. “I even met with them at CES in Las Vegas and E3, but nothing was done so we decided to build our own platform. We spent about two years building the cloud gaming platform – talking to Nvidia, talking to the publishers, hiring developers, building the minimum viable product.” 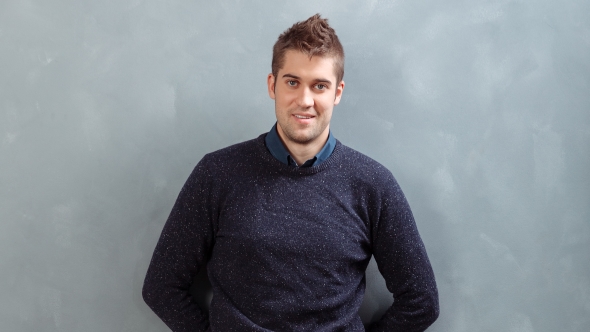 The first version of Playkey was launched in Eastern Europe in 2014 using Nvidia’s GRID game server technology to provide a robust, sustainable streaming service for their customers. Only practically no-one used it.

“That was because of the content,” he says. “We tried to make one all-you-can-eat subscription for $10 per month, but because we had only old games the results were very bad.”

By mid-2015 then things were looking pretty ropey for Playkey, with few subscribers, a limited back catalogue of games to stream and a business that looked to be only going one way. So they completely changed things up.

“We decided not to try to change the business model of gaming and we tried to focus only on solving one problem: the problem of not being able to play games because of low-end computers,” explains Gurjev. “We decided to bring the value for the gamers that are not able to play their favourite titles on the computer because they don’t have enough memory, enough CPU power or the graphics cards.”

Playkey opened up its alternative way of looking at the game streaming service to the UK and Eastern Europe this year, with coverage across the rest of Europe starting in December. Where Nvidia have used their GeForce Now setup to try and encourage Shield owners to play PC games on their tablets and TVs, and PlayStation NOW is offering a back catalogue of PS3 games for your PS4 and PC, Playkey is essentially renting you a cloud-based virtual gaming PC to play your own games on. That’s the basis of the Playkey v2.0 service – “it’s not about the games, it’s about the hardware.”

They still provide their limited back catalogue of games for subscribers to stream at their leisure, but that’s more a hangover from their original plan for Playkey than anything they’re planning to add to going forward. The main thrust of the service then is providing a streaming platform for you to play the latest games, using a basic old PC that would only be capable of a slideshow if it was trying to play them locally. 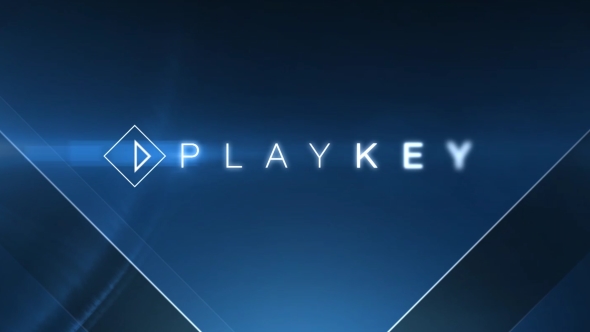 You still have to purchase the games, however, but you don’t have to buy them through Playkey. One of the most interesting parts of the service is that it can connect to your existing Steam account. If you’ve got the games in your library, which Playkey support, then you can log into your account on their servers and have access to your own games.

The Playkey servers keep your save games attached to your profile, allowing you to pick up and carry on from whatever machine you’re connecting from. What it won’t do, as yet, is link in with any cloud saves you already have tied to your account. But even if you let your subscription lapse Playkey will retain your profile and save games, and at the moment they have the storage to allow them to keep the files safe indefinitely should you decide to return to the service later on.

“In the future there could be the situation where we have several thousand customers who are not paying but we still need to store their profiles. We’ll think about it,” says Gurjev. “At the current stage we have a lot of paying customers so that’s okay, so we don’t delete, and we don’t plan to delete in the near future.”

Playkey have been working hard to get the latest titles up onto their servers quickly. Mafia III was available on the service day one, so subscribers could buy the game and get their fix of bland, morally-questionable shooting straight away. Civilization VI though took a little longer to get ready.

“Different games support different models, for example some games have one channel sound, other games have two channel sounds or there is different code that supports the controls,” explains Gurjev. “With Mafia it was a success, we launched the same day as release. With Civilization, however, it took us about four days to launch.”

The difficulty though is going to come from the thought of paying twice. We’ve become used to streaming services for music and video that allow us to pay a reasonable monthly rate to consume all we want. With Playkey though you’re just renting the hardware and you still have to supply the software yourself, and even then only the few games that Playkey already have installed on their servers.

And it’s not cheap either. The base package right now is £15 per month and that gets you access to their games library at varying resolutions. Not all their games are available in 1080p yet, with half of them only running at 720p, and all of them at 30fps. So while you are kinda renting a gaming PC, it’s not one running at the best settings. 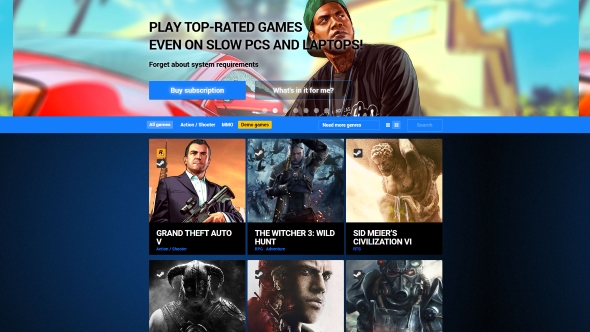 In December though Playkey are looking to introduce a new tariff which will deliver both Full HD and Ultra Quality subscription tiers. The 1080p sub will offer the full HD resolution on all their games for around £17 per month and the top tier will deliver ultra quality at 1080p and 60fps for £20 per month.

They are also looking to knock down the price of the basic package and provide all their games at 720p for people without the processing power to decode a full 1080p stream. Given that half their customers don’t even have the spare hard drive space to download the games, and that 30% of them are still running 32-bit versions of Windows, there’s likely a lot of people to whom that might apply.

In terms of the latency of the Playkey streams we ran a few games and they were pretty solid, though at the lower resolution and only at 30fps. But Gurjev estimates the average latency is around 10ms with a maximum of around 15ms in the UK.

“Based on our experience in CIS, gamers are even playing on servers in Frankfurt from Kazakhstan with latency of about 60ms and they don’t have any problems. For the hardcore gamer that wants to participate in the eSports championships that’s crucial, but for the others 60ms is fine.” 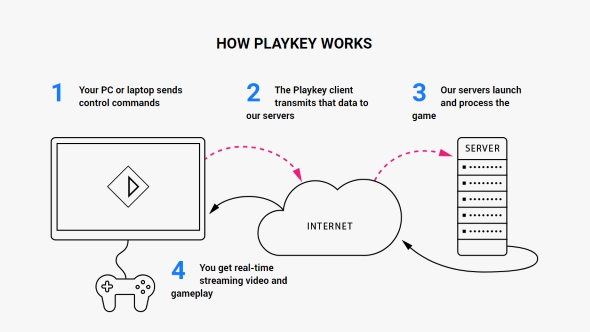 Playkey does have one server in the US, on the West Coast, which they are currently using to demo to publishers, but they’re planning a full expansion into North America at the end of 2017.

That will depend on just how well Playkey v2.0 does in the UK and Europe in the meantime. Right now they have around 27,000 paying subscribers, with around 80% of that figure still in the Commonwealth of Independent States (CIS). I think the idea of renting a virtual gaming machine is a neat way of looking at the service, but when you’re talking about paying a high price for a monthly hardware subscription and then paying out for the games too it starts to look a little pricey.

Sure, it’s more expensive to buy a 1080p gaming PC, but then you’ve got complete control over what you play and at what settings. The raft of awesome older titles that tip up in the regular Steam sales aren’t going to be playable on Playkey’s limited installed library and if you’re into online gaming you can forget about it too.You can also purchase a £600 gaming rig and pay that off in installments of around £20 per month.It’s a nice idea then, but without a huge breadth of content, and a very attractive price, I fear it’s only ever really going to be of niche interest.