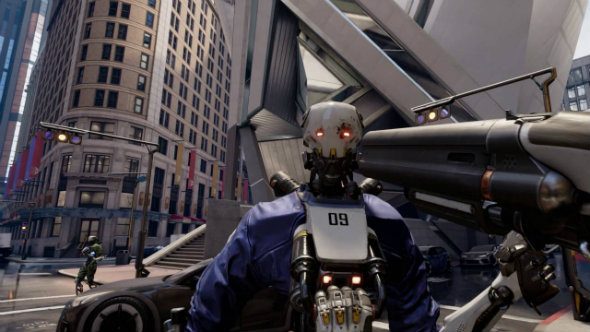 The latest driver notes for Nvidia’s GeForce 378.66 drivers have a secret nugget of information right at the end, announcing support for Epic Games’ upcoming Robo Recall VR shooter. Until now we’d only had a tentative 2017 release date, but the inclusion of support in the drivers suggests it’s just around the corner.

While you’re waiting to blast killer robots with your new Oculus Touch controllers, there are plenty of other top-notch VR titles to immerse yourself in. 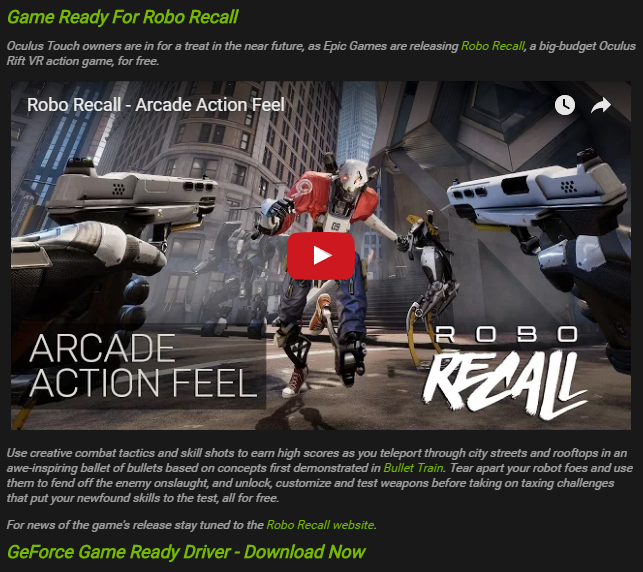 He didn’t mention where he saw this image though, and scouring the 48-page official release notes makes no mention of the game at all.

We even installed the new drivers to see if this screen showed up during the installation process, all to no avail. We’ve reached out to SonOfHendo to find out exactly where he saw this screenshot, so stay tuned for an update.

In the meantime, you can grab the new 378.66 drivers from Nvidia’s official driver page, and they also include support forSniper Elite 4, For Honor, and Halo Wars 2.