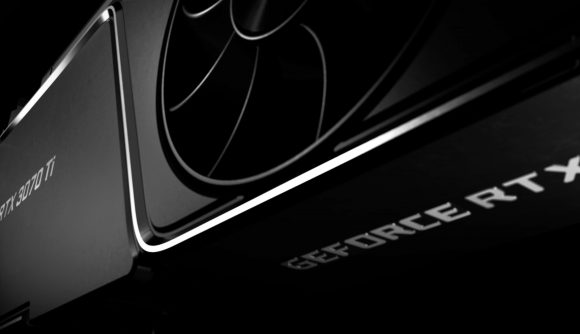 Graphics card prices might be returning to normal at a snail’s pace, but that doesn’t mean it’ll be easy to get your hands on one any time soon. Nvidia CEO Jensen Huang told investors during the company’s Q2 fiscal earnings call that he “expects that we will see a supply-constrained environment for the vast majority of next year,” meaning GPU stock might struggle until 2023.

According to a transcript of the call, the Nvidia CEO says “a lot of that has to do with the demand being so great,” which isn’t exactly surprising given the state of graphics card availability throughout the past year. “Ampere is off to an incredible start as the best-selling GPU architecture in the history of our company. And yet, we’ve upgraded less than 20% of our total install base,” he adds.

This tracks with Nvidia’s record-breaking revenue during the first quarter hitting a total of $6.51 billion – at least $3.06 billion of which came from Nvidia’s gaming segment, showing an 85% increase over the year prior.

On the flipside, the brand’s new dedicated Cryptocurrency Mining Processor (CMP) graphics cards fell short of Nvidia’s $400 million prediction, contributing just $266 million of revenue so far. China’s crackdown on cryptocurrency is likely the biggest contributor to this, as second-hand graphics cards flood the market, but it could also be due to Lite Hash Rate hacks.

Around 80% of Nvidia’s RTX GPUs now ship with Lite Hash Rate enabled to hinder their mining ability, but there are now ways to restore up to 70% of their original mining performance.