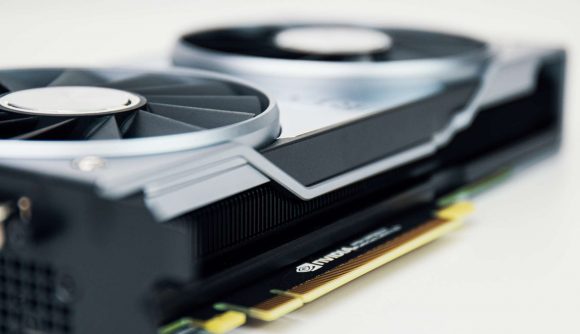 The average sale prices of Nvidia and AMD’s best graphics cards saw a big drop last month in Germany, even if they’re still significantly more than the original MSRPs. Just two weeks later, and 3DCenter’s latest graph shows the average price of Nvidia and AMD GPUs have fallen another 38% and 28% respectively, inching ever closer to what they should be.

On average, German retailers are listing cards from both brands at around 153% of their list prices, meaning it still isn’t an ideal environment for building the best cheap gaming PC. However, if these price drops continue at their current rate, GPUs could match retail pricing within four weeks – which is great news, if you live in Germany.

Elsewhere, GPU prices are dropping, but nowhere near as drastically. For example, the price of a Zotac Gaming RTX 3060 Twin Edge on the US version of Amazon currently sits at $964.97, the lowest it’s been yet. That’s a significant drop from a price of $1,299 back in April, but it’s still an eye-watering 193% higher than the card’s official $329 MSRP.

Silicon factories are finally getting back up to speed after various lockdowns threw a spanner in the works, and China’s crypto crackdown may also have played a part in easing GPU demand, giving us hope that we’ll eventually see Germany’s pricing replicated in other countries.