When you’re talking about the upper echelon of graphics cards it’s Nvidia’s GTX 1080 Ti that’s the go-to GPU. There will, however, always be those who crave a little more power and, until AMD’s RX Vega comes riding in on its red horse, Zotac’s aiming for their factory-overclocked GeForce GTX 1080 Ti Amp Edition (bloody hell, that’s a mouthful) to be those users’ new favourite card.

All this graphical grunt means nothing if your monitor isn’t up to the task, so make sure you pair your GPU with one of the best gaming monitors around.

With the showdown between AMD’s Vega and Nvidia’s upcoming Volta GPUsinching ever closer, hype for new gaming tech is reaching fever pitch. Zotac are looking to capitalise on the excitement with this overclocked take on the existing 1080 Ti card before one of the new GPUs emerges to snatch the crown.

But at $50 (£75) more than the Founders Edition, is it worth the price hike or is it better to pocket your money and go on a Steam shopping spree? We fired up the test bench and got to work to find out.

Click on the quick links below to get to the juicy bits. 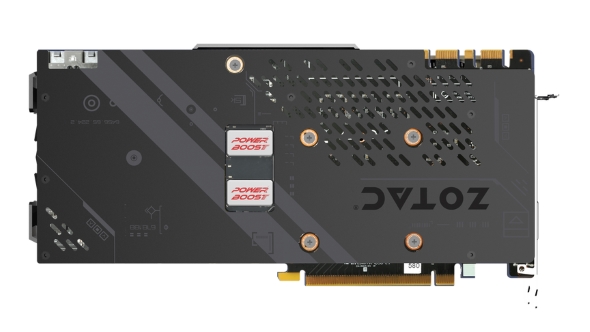 The Amp Edition obviously has many similarities to the Founders Edition 1080 Ti – 11GB of GDDR5X memory, 3,584 CUDA cores, and a memory clock of 11Gbps among them. You’d almost think the Zotac card was based on the same chip or something…

However, there are some differences – most notably, Zotac have managed to squeeze more clock speed out of the card, bringing it up to a 1,683MHz boost clock. That’s 101MHz higher than the stock reference clock of the GTX 1080 Ti but it’s still only the same amount many other partner cards are reaching. In real gaming fps terms, it’s hardly a mind-blowing bump in performance for those buying the Amp Edition and looking for a tangible performance improvement over a stock-clocked card.

Having said that, with some light overclocking, we were able to bring the GPU clock up to around the 1.92GHz mark. And, realistically, that’s what most people will be buying the Amp Edition for – chasing the overclocking potential to ramp the Nvidia GPU tech as far as it’ll go without having to sell another of their kids to pay for Nvidia’s Titan Xp.

As a result of this increased out-of-the-box speed, the Amp Edition draws 270W of power – 20W more than the standard 1080 Ti. That’s why Zotac have beefed-up the cooling, using copper contacts to draw heat away from the core as well as thermal heat pads and dual fans to keep the temperature down and keep throttling at bay. Even overclocked, the Amp Edition actually remains cooler than an untouched Founders Edition card.

Zotac’s Freeze cooling function is a nifty feature, too. It’s the name they give to their 0dB fan cooling design, which means the fans don’t start spinning up until the GPU hits temperature. When you’re not running any graphically intensive apps through your PC, the fans remain idle and the card silent. Zotac are saying that through ‘precision temperature gauging’ and a widened temperature tolerance they’re able to avoid any of the stop-start stuttering you can experience when the GPU temp hovers around that activation point.

If having the most colourful PC is your thing, the Amp Edition’s SPECTRA LED lighting will make a welcome addition to the light show going on inside your case. You’re able to customise the colour too, so if you were hoping for a uniform aesthetic in your case you’re in luck. 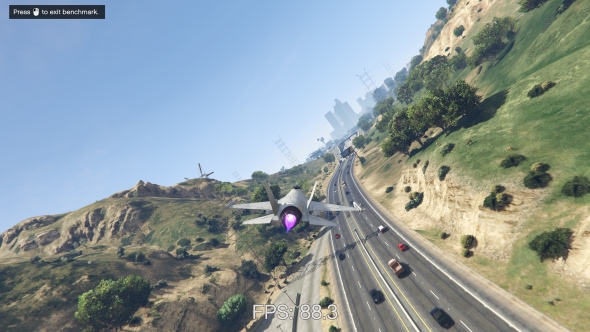 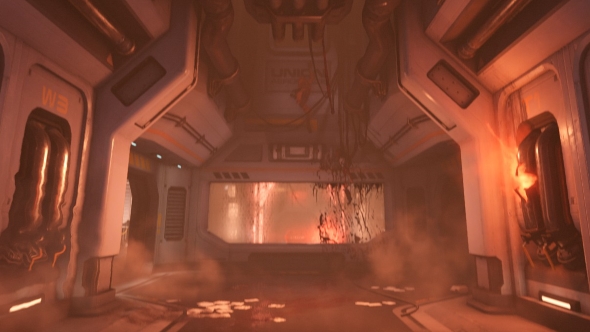 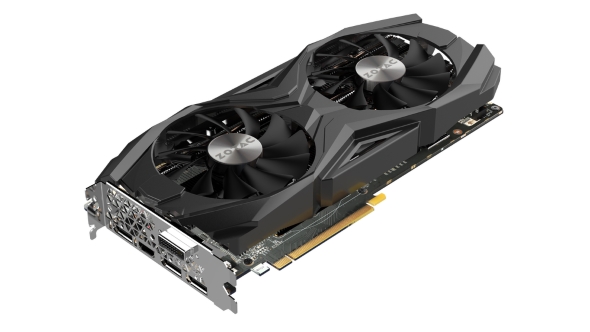 As you would hope with a factory-overclocked card, the Amp Edition exceeds the performance of the stock-clocked Nvidia version in most cases, but the performance boost is so small it’s going to be indiscernible in-game. Not really what you want, is it?Like we said before, though, people likely won’t be buying the Amp Edition for the out-of-the-box performance, but to overclock it. So what’s the overclocking like? Oh, it’s none too exciting either? Oh dear.

Yep, it’s not the answer we were hoping for, but our benchmarking showed that, when we’d got both cards running as fast as they’d go, our Zotac GTX 1080 Ti Amp Edition GPU actually performed slightly worse in most cases than our overclocked Founders Edition GTX 1080 Ti. The extra cooling and improved power componentry haven’t really delivered the extra GPU performance you might have expected over the stock Nvidia version, then.

That said, the fans are impressively quiet even when we were giving the card a real battering. You aren’t going to keep your significant other awake with your late-night gaming sessions when rocking this card. Conversely, the Founders Edition certainly isn’t shy about letting you know its fans are running, so it’s certainly something to consider if fan noise winds you up.

As we mentioned in our Founders Edition review, $700+ is still bloody expensive for a graphics card. When comparing the price of the Amp Edition to the Founders Edition, $50 (£75) more may not seem like a huge amount, but it all adds up to a serious sum of money. Not as serious as the asking price for a Titan Xp, but still… 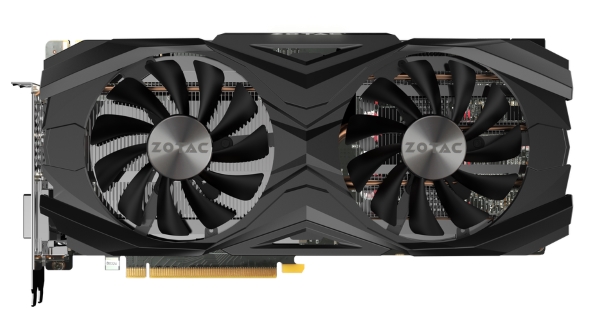 We have to admit it – we didn’t see this one coming. The whole purpose of a factory-overclocked card is to either provide a measurably speedier gaming experience out-of-the-box, or provide enough frequency headroom that you can push it further than you might with a reference card. But that doesn’t seem to be the case here.

On paper, the numbers suggested a bump in performance (albeit not a huge one), but sadly, that barely translates into meaningful frame rate gains. We can’t speak for the other partner cards’ performance without testing them (many of which boast the same increased clock speed as the Zotac’s, while Gigabyte’s Aorus Xtreme clocks as high as 1,746MHz), but if you’re really hungry for yet more graphical power you might have to bite the bullet and shell out for a Titan Xp. But that way madness lies…

In our humble opinion, it’d be worth waiting until the dust settles after AMD’s Vega has joined the fray. Though who knows what the prices for current high-end graphics will be in six months?Zotac’s IceStorm cooling array is something to be applauded – for those without a great deal of living space, a loud PC can make you the house pariah – but sadly, it doesn’t make it much of an improvement over the stock card, even if it does have all the graphical goodness of the standard GTX 1080 Ti.

Yes, the Zotac is arguably sexier than the Founders Edition card, but if your primary concern is wanting your PC to look like a disco ball when you boot it up, you’d be better placed using the spare money on LEDs and getting crafty.