Three years of R&D have gone into its development, and there are some impressive numbers that show why Huang was getting so excited about it on stage.

Thanks to NVLink, which links multiple GPUs; improved deep learning through 3D memory; a whopping 32GB of memory, almost 3 times that of the Titan X; and the new mixed-precision computing, it has 10 times the speed of the Maxwell GPUs. 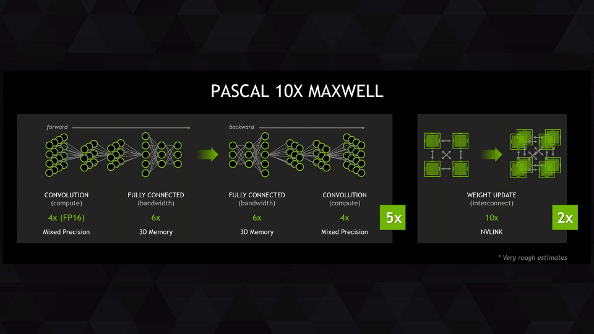 It’s pretty efficient, too, getting 28 teraflops out of 1,300 watts. “If you compare that to a supercomputer in the year 2000, it takes one million watts to deliver one teraflop,” explained Huang.

Pascal GPUs are expected next year.