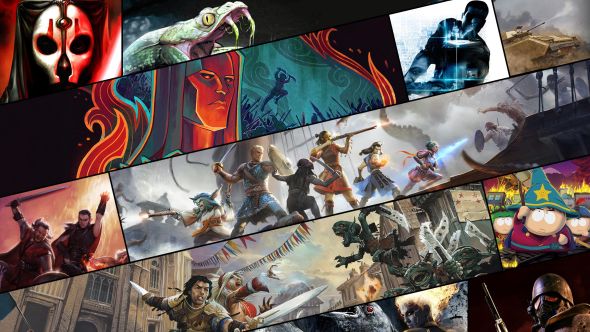 In early October, Obsidian published a survey asking for players’ preferences concerning DLC. Today, after 55,000 responses, they published the results of that survey.

Unsurprisingly, a lot of Obsidian’s games make up our list of the best RPGs on PC.

Arguably the most emphatic response focused on the quantity and provision of DLC. 53% of those who responded to the survey said their most preferred form of DLC was what Obsidian described as ‘beefy’ – one or two deep DLCs released several months after the main game – although a further 29% said they’d like a mixture of DLCs of different sizes. Expanding on this in a later question, players revealed that their two most popular forms of DLC were expanded single-player campaigns, and post-endgame reactivity – DLCs where the game world changes after you beat the game.

Another important result was that players don’t seem to like paying for their DLC. The average amount those surveyed were willing to pay for the season pass of a hypothetical game costing $59.99 was $17.80, while the average cost of a season pass in real life is $24.59. Players also overwhelmingly suggested they would be more likely to buy a game that would be receiving multiple small DLCs, with 69% responding this way.

The most popular Obsidian DLCs were those belonging to Fallout: New Vegas. That’s not particularly surprising, as it’s not only very popular, but those DLCs are often very cheap on Steam. In second place were the two Pillars of Eternity DLCs, followed closely by the two DLCs for Neverwinter Nights 2.

Other questions focused on factors that might impact the decision to buy a piece of DLC, genre preferences, and the ways in which players bought their DLC. Obsidian haven’t got too much more to say regarding the results, but do say they’ll “be using the data internally to ask some even more in-depth questions.” You can read the full results here.