Oculus may have partnered with Microsoft, bundling in Xbox One wireless controllers, but that’s not a VR specific device. That’s why Oculus has developed its own VR input: Oculus Touch, a two-part controller with haptics and a constellation tracking system, just like the Rift. 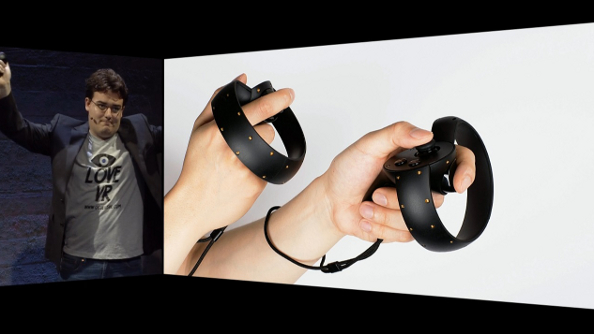 In attempting to stick to these features, Oculus has developed a dual-wielded controller with two buttons, analog sticks and multiple triggers, including one that’s pressed with the index finger, like a gun; haptics, for immersion and “hand presence”; the ability to register pointing or even someone giving a thumbs up; and a tracking system just like the Oculus Rift’s.

It looks a little ridiculous, like a thick bangle, but it does sound ambitious.

Would you put away your Xbox One controller to play with these?