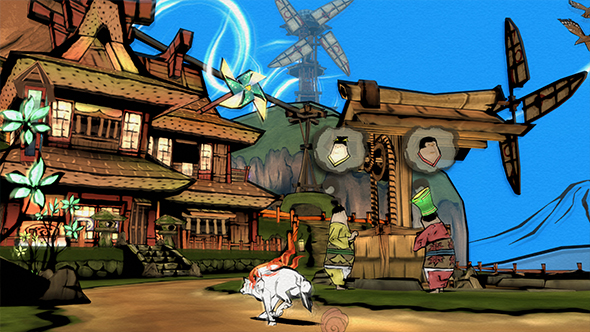 Capcom have released two new trailers for Okami HD. One trailer focuses on the game’s story, while the other takes a closer look at gameplay.

You probably won’t get a huge amount out of the story trailer. For one thing, it’s very short, and for another, unless you speak Japanese, you’re not going to be able to read it. But just in case, you can check it out below.

The second video, a gameplay trailer, is a lot longer, and while it’s still in Japanses, there’s a little more to be gleaned from it. Again, you can see more below.

Update, September 12:Capcom confirm that Okami HD will release across consoles and PC in English on December 12.

Confirming everyone’s suspicions, Capcom went ahead and announced that Okami HD will be available for English speakers later this year. The high-res version will be available across all platforms, including PC, on December 12 for $19.99 / £15.99 / €19.99. 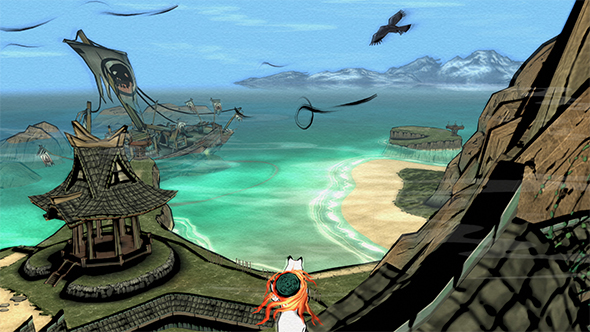 The updated version will, again, include support for 4K resolutions, and will offer the option of playing in widescreen format or the original 4:3. Okami HD will also restore the original loading screen minigame absent from previous rereleases, allowing you to earn additional demon fangs to spend on in-game items. 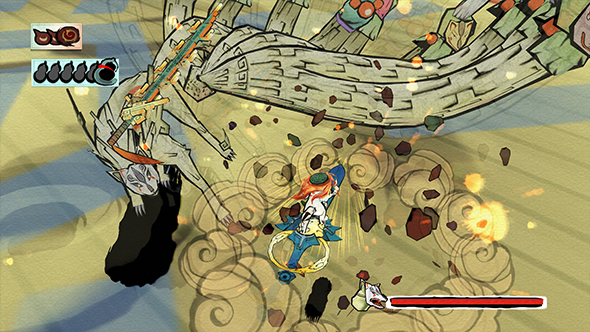 Update, September 12:Okami HD will release on PC, Xbox One, and PS4.

The return of the loading screen minigames from the original release has also been confirmed. Okami featured two minigames, which allowed you the opportunity to earn bonus demon fangs if you completed them before the game finished loading.

Update, September 12:More information has come to light around the rumoured HD remaster for Okami, including pricing and an initial Japanese release date.

According to Japanese gaming siteRyokutya2089, who got their information from Famitsu magazine, the HD remaster of Okami will be available in Japan by the end of the year. The post, although currently unconfirmed, does give some weight to previous reports of retail listings for the game.

The post suggests that Okami’s remaster, which will be called Okami: Zekkei in Japan, will be released on December 21, and will provide 4K and HD support. It’s apparently priced at 2,990 yen ($27), but there will also be a limited edition version available for 4,990 yen ($45). It’s not yet been announced what that limited edition will contain.

Original story, September 8:Capcom could be remastering Okami in HD for the PC, PS4 and Xbox One. The Korean Game Rating board has entries for the game across the three platforms, which adds to recent rumours that Okami HD was on the way.

These rumours first came from Kotaku, and said that the remastered version of the game was coming to console this December. According to Kotaku, two different EU retail chains listed the game’s physical release in internal schedules, and both chains had December 12 slated as the game’s release date.

Okami is an action-adventure game set in classical Japan, which draws heavily from the country’s myths and folklore. It centres around the story of how the Shinto sun goddess, Amaterasu, saved the world, taking the form of a white wolf to do so. The game’s art-style, which is heavily inspired by Japanese tradition, is beautiful, and it’s sure to look even better in a remastered version.

The game was first released on the PS2 in Japan in 2006, before making its way to Europe in 2007. A Nintendo Wii version of the game was released in 2008. While the end of the PS2’s console generation didn’t help Okami’s sales, it was critically acclaimed, and is now widely regarded as one of the best games ever made.