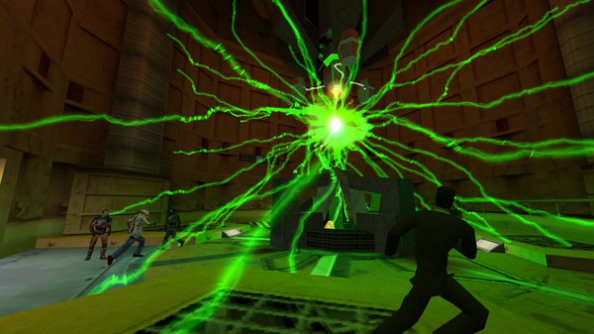 How many classics do you need under your belt before you can count yourself a true PC gamer? Is the player who never blew the racist bolts off Mecha-Hitler in Wolfenstein 3D barred from entry? Perhaps your dedication to your favourite pastime – the thing you may feel defines you as a person – is only valid if you’ve finished Dark Souls with keyboard and mouse intact. As a relative newbie to the venerable lands of PC, my pile of shame runs deeper.

Want to educate yourself with our picks of the best PC classics? Check out our list.

It was consoles that first got me into gaming. But, ever since I was in for the long haul, I knew I was missing out. The likes of Uncharted, The Last of Us and Killzone satisfied me to a point, but there was always a much wider slice of gaming history beyond my grasp. The limitations of consoles are well-documented, but they were a compromise in exchange for accessibility.

Now, having always been constrained by arbitrary and always-out-of-date console builds, I wasn’t about to do anything by halves: I would be crafting my own custom creation. But, as I’m the type of guy whose conception of DIY is opening a phonebook, I had my work cut out. So, down the rabbit hole of compatibility sites, subreddits, and YouTube tutorials I went. Processors. Cable management. Hyperthreading. Grommets. Drivers. It was as if I was learning a new language. The intoxicating prospect of catching up on decades of seminal games felt further away than ever. 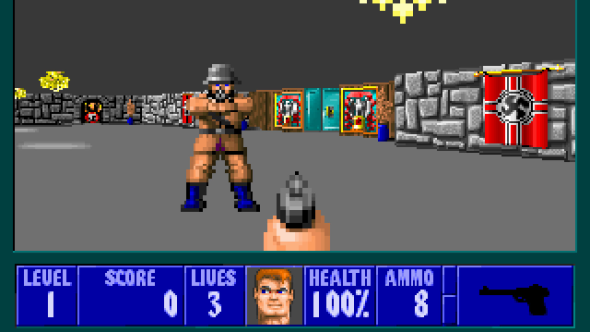 Like many budding builders, the possibilities now within my grasp stressed the seams of my mind and wallet. Seemingly infinite combinations and configurations befuddled my brain as I tried to construct my perfect rig. As my confidence grew, the sensible and practical build I’d previously envisaged slipped away, replaced by the compulsive chase for power, frames, and speed.

Mechanical hard drives made way for an SSD. An i3 CPU for an i5. Then my RX 480 8GB GPU sealed the fate of my finances for the foreseeable future: I couldn’t afford the monitor I needed to make the most of it. I suppose that’s what all those nice internet people meant by bottlenecking.

Regardless, I managed to prove that anybody can build their own gaming beast. Supportive beeps and a miraculous whirring held the promise of enemies undefeated, squads unaided, and worlds undiscovered. Pillars of Eternity, Baldur’s Gate, System Shock, Deus Ex, Civilization, Diablo, Fallout. Now the heaviest hitters of gaming history jostled for their place on my hard drive. 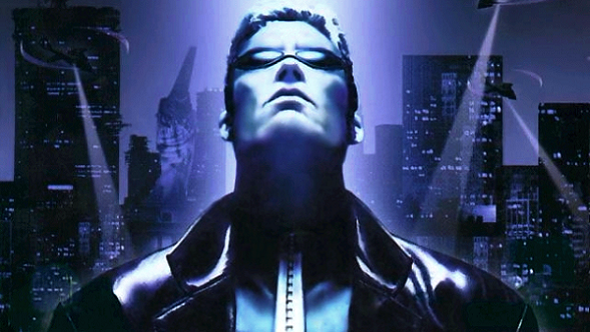 First on my list was the little known World of Warcraft. An encouragingly simple character creation screen ushered me into an attractive world, but the yawns weren’t far behind. After three hours of repetitive fetch quests, dull writing, and standing opposite enemies spamming the same button endlessly, the calls from my forgotten console began to swell.

Was this really the game that consumed – and still consumes – lives? Maybe my apathy was down to not having any friends to join me. They were all too busy, obviously, what with their fancy jobs and lives that sometimes existed outside. Losers. Even worse, I knew that, once I reached level 20, that an ongoing subscription was required. I didn’t have time for that; I had bigger adventures to tackle.

This was because there was one series that I had been clamouring to play for, let’s say, at least half of my life. 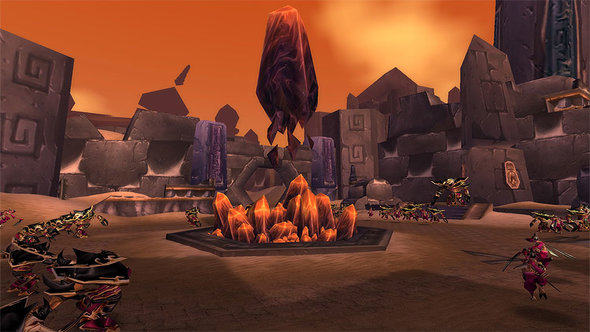 One of the best things about gaming is being part of a club. Discussing news, sharing experiences, and gushing about favourite titles were some of the many things I looked forward to doing in new spaces. Gamers, for the most part, are united in their overwhelming appreciation of Half-Life, and in their desperation for answers after the sequel’s cliffhanger finale – maybe it’s too late to ask for no spoilers?

Regardless, I wanted to know how Valve had whipped their fans into such a frenzy. I needed to understand the anguish for myself, to be a part of a community with the shared experiences that held them together. Trying to run the original Half-Life proved ominous.

With one frame every few minutes, and precious little technical knowledge, I tried the digitally remastered version: Half-Life: Source. Then, the opening train ride introduced me to the Black Mesa research facility. Aware that even this sequence was astounding for its time, I politely panned the camera, taking in the famous setting. 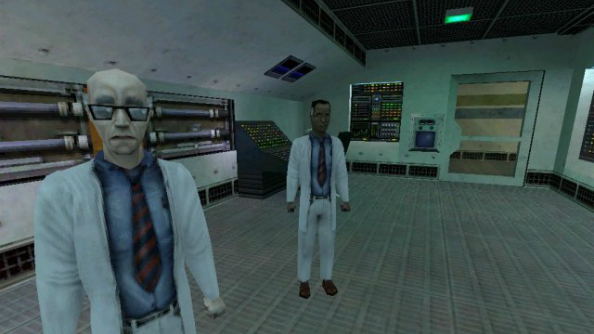 Of course I wasn’t expecting anything like the speed nor the gory grandeur of the rebooted Doom, my favourite FPS from 2016. Nor did I anticipate a rival to the time-hopping wonders of Titanfall 2, as I itched to see for myself why the game remains so beloved as it approaches its 20th birthday. Instead, I readied myself for some frustration but, ultimately, for the best kind of history lesson imaginable.

What followed was some of the most infuriating hours I’ve had in gaming. I might’ve been new to the keyboard and mouse, but controlling floaty Freeman was a nightmare in the early platforming sections. Ladders frequently decided it would be funny to turn into maliciously bouncy trampolines as I jumped over gaps towards them. Plunging to my death innumerable times, I didn’t share the joke.

However, the final nail in the coffin was a game-breaking bug I encountered after getting lost in level five: We’ve Got Hostiles. Yes, lost. I managed to fend off the alien and marine threat, but succumbed to glitches and a dreadful sense of direction. Stuck in an area with only a dysfunctional lift and a corrupted save for company, the spark that kickstarted my PC adventure was reduced to a flicker. 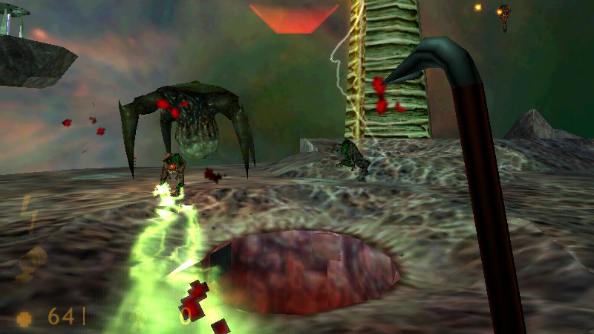 Here’s the problem: all of these classic gaming titans come with their own pressure for new players. There’s an ever-present weight on your shoulders. If the genre-transforming gems sparkling amidst the rubble of archaic controls and outdated graphics aren’t immediately apparent, you question yourself existentially as a gamer.

In fact, being able to properly appreciate classic games is near-impossible. The innovative mechanics that set them apart start a trend and, after legions of imitators, they become the norm. Regenerating health bars, QTEs, and double jumps are copied and repurposed to such an extent their newness is quickly forgotten. Having been spoilt by games that have curated collections of unique mechanics, I will always start any game with that baggage. Playing Half-Life in 2017 is like listening to the Beatles without the LSD. 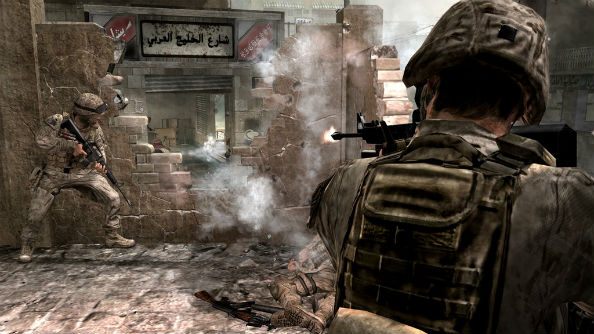 Despite my FOMO now being permanent, this is something that many other gamers will also have to face as new releases continue to get longer in an ever-busier calendar. I might not be able to understand in the truest sense how some games inspired such fanaticism, but every gamer has their blind spots. Everybody has their own pile of shame, populated by far too many titles they feel they should have experienced.

This won’t be the end of my journey through the PC classics, however. Undaunted by these initial hitches, I know I’ve merely scratched the surface of what my new platform can offer. 2017 might already be a bumper gaming year already, but I’ve still got double Games History in the morning.