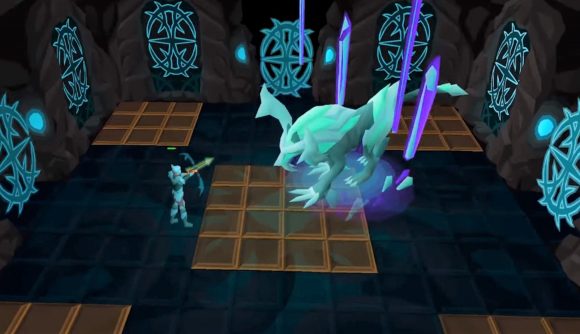 January 24, 2020 Jagex says Bounty Hunter worlds are down as the studio works to “determine a long-term vision for PvP.”

Old School Runescape developer Jagex has decided to close the MMORPG title’s Bounty Hunter worlds “until further notice” due to concerns about gold farmers abusing them. After an early statement letting players know that the worlds would shut down, the developers have gone into further detail on their plans to revamp PvP.

“It’s time to make a change,” Jagex says in the statement. “Not just to Bounty Hunter, but to our approach to PvP as a whole. PvP is a cornerstone of Old School. Currently it deserves better, so we’re taking a step back and considering its place in the overall game. Our goal is to determine a long-term vision for PvP. Rather than move from one release to the next, we want a clear direction for the next few years that will inform how we design content moving forward.”

Plans to revamp PvP will start taking place internally in February, and those ideas will be presented to the community. “We also hope to re-release Bounty Hunter in a couple of months, provided we can establish a way to consistently monitor and act against boosting.” In the meantime, the minigame’s unique items “will be made available elsewhere.”

The studio initially informed players of the player-killing minigame’s closure in an update post on the game’s website, saying it’s “sorry to announce that we’ve taken the decision to close the Bounty Hunter worlds until further notice”. The reason behind it, Jagex explains, is that the mode’s “design unfortunately leaves it prey to gold farmers, who abuse its mechanics to generate GP in excess of the amounts available via legitimate methods.”

While it seems the extent of this gold farming hasn’t yet reached a point where it’s impacting Old School Runescape’s in-game economy, the studio explains it “undermines other game content and the overall integrity of the game.” Due to the issues existing before a rework of Bounty Hunter in November 2019, the devs “do not believe that simply undoing it would solve them”, adding that “this is quite clearly not the outcome that any of us wanted, but right now we’re convinced it’s the best option available to us.”

💀 The newspost also includes a statement on the Bounty Hunter minigame.

As a remedy, the studio says it’s looking at “both technical and rules enforcement-based solutions.”