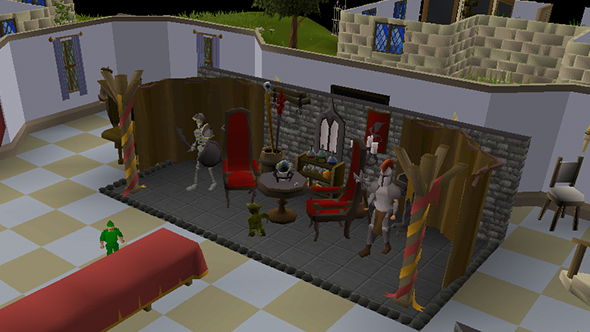 Old School Runescape – the 2013 revival of the 2007 version of a game that launched in 2001 – is now five years old itself, and an auspicious anniversary like that calls for a bit of celebration. The event promises the “ultimate Old School prize,” namely the sword featured in the game’s logo, as an in-game weapon.

Check out all the best MMOs on PC.

If you want to take part in the event, head to the Falador Party room, where Da Vinci will request some help in finishing his painting. You’ll have until March 15 to participate and grab hold of the special rewards. There are also some smaller quality of life improvements in this update, which are detailed in the official update notes.

Jagex have also launched a new Twitch channel dedicated to Old School, which they christened today with a special birthday celebration stream.

Old School Runescape has already gotten a sequel to the classic Dragon Slayer quest this year and is set for some more big times ahead in 2018, with a new mobile version on the way that will offer crossplay with the PC title.