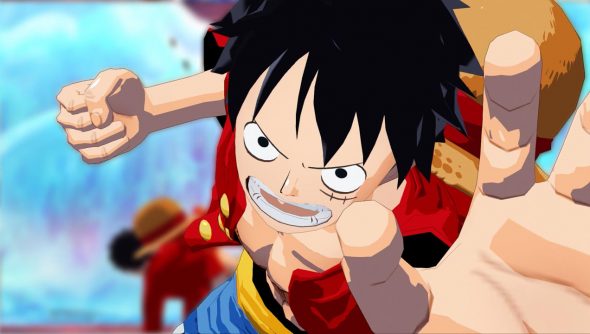 One Piece: Unlimited World Red Deluxe Edition – a remaster of the 2013 anime/manga action-adventure game – comes complete with over 40 (or 50, depending on whether you believe the Steam listing or the press release) pieces of DLC.

Here’s our list of the biggest upcoming games on PC.

Unlimited World is the fifth instalment in the Unlimited sub-series, featuring an exclusive storyline and original characters designed by Eiichiro Oda, the creator of One Piece. The remaster comes as the franchise celebrates its 20th anniversary.

Precisely what those 40 (or 50) pieces of DLC entail remains to be seen. Missions? Costumes? Characters? We’re playing as pirates, of course, so it could be parrots. 50 very different, very colourful parrots…

The story sees you joining the Straw Hat pirate crew, and “mysterious” raccoon Pato, as they head for the Forgotten Island, where they’re promptly kidnapped. You’ll explore the island, pick up quests from residents, and take down enemies as you scour the place for your kidnapped besties.

There’s local co-op, too, so you can team up to take the main story, or hit the Battle Coliseum together.