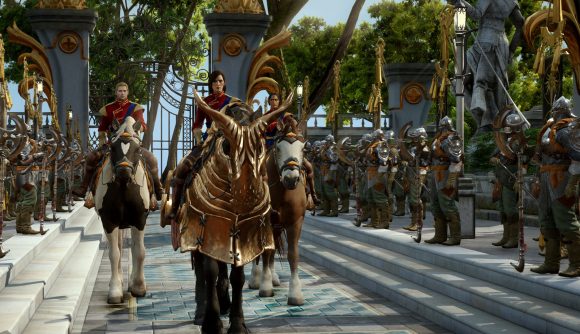 As promised in olden times – by which I mean just before the release of Star Wars Jedi: Fallen Order – the Electronic Arts library is returning to Steam after years of exclusivity on the publisher’s own Origin store. A limited selection of (relatively) recent EA games are now on Steam with deep discounts, and the publisher says its EA Access subscription will hit Steam soon.

The list, notably, does not include games like Apex Legends, Battlefront II, Battlefield V, or The Sims 4. All those titles will come to Steam, as EA confirmed back in 2019, though the company hinted that its multiplayer games will come some time after the first wave of releases. (They will have full cross-play with the Origin versions, too.)

All the new EA listings on Steam also include a banner promising that EA Access is “coming soon to Steam”, though no specific date is given. This appears to simply be the basic version of the service, which gets you access to trials for new games and a ‘vault’ of older titles.

Related: Everything we know about the Apex Legends Steam release

Origin Access Premiere – the top tier version of the service – also offers day one access to brand-new games, but while EA Access has been available on other platforms, including Xbox One and PlayStation 4, the ‘Premiere’ has never been offered outside of Origin.