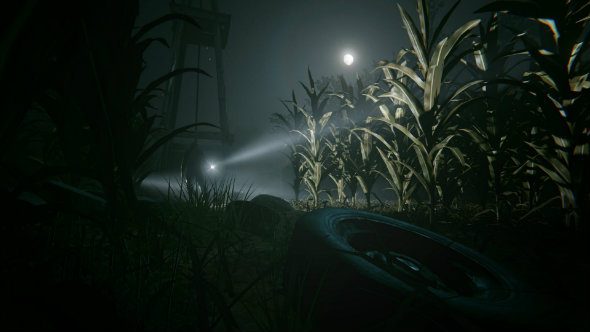 Fans of creeping through cornfields and hiding from scary torch men are in for some bad news – Outlast 2 has been delayed to next year. It’s not all bad news, though, as the delay will mean it’s a better game, hopefully.

That’s another update needed for our upcoming PC games list.

Outlast 2 was previously pegged for an autumn release, but as the developers said in a Facebook post, that’s not going to happen now.

“We had to make a difficult decision recently,” said developers Red Barrels. “After weighing our options we’ve decided to postpone Outlast 2’s release until Q1 of 2017.

“We want you to know that we listen to your feedback, we see your excitement and we know you care about our work. Our mission as an indie studio is to deliver to you the best, most terrifying, most fulfilling experiences possible. That’s why we’re taking just a little bit more time to make sure our vision for Outlast 2 is in no way compromised and is the experience you deserve.

“This is not the type of news we ever want to deliver, but we are so fully committed to the world we’ve built and to our awesome community that we could not, in good conscience, release a game who’s limits haven’t been tested to the extreme.

“Thank you for understanding. We promise Outlast 2 will scare the crap out of you.”

This one will scare the crap out of you in rural Arizona, moving away from the confines and cliches of the first game’s mental asylum.