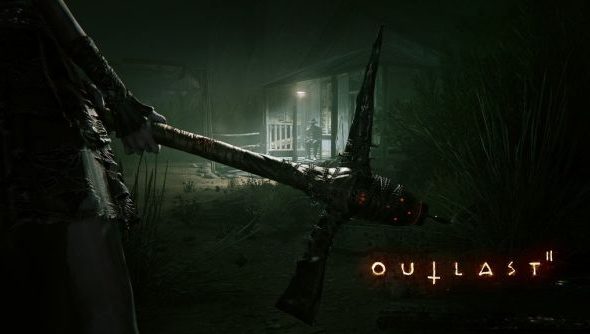 Are you a fan of running and hiding? How about being chased by people who want to put you on a rack and stretch your limbs until they pop out of their sockets? If that last one sounded weirdly specific, it’s because the Outlast 2 launch trailer shows the locals in this upcoming scarefest want to do exactly that.

Once you’re done being tortured, what happens? Judging by the blood-soaked show room, I’d hazard at guess at: nothing good. It’s probably best to skulk through cornfields, creep tentatively through buildings, and slowly peek around every single corner, then.

Outlast 2 puts you in the shoes of a journalist couple trying to uncover a mysterious murder in the Arizona desert. As you’d expect, things don’t go as planned and it’s not long before you have a gaggle of murderers chasing you down, as you can see in the trailer above.