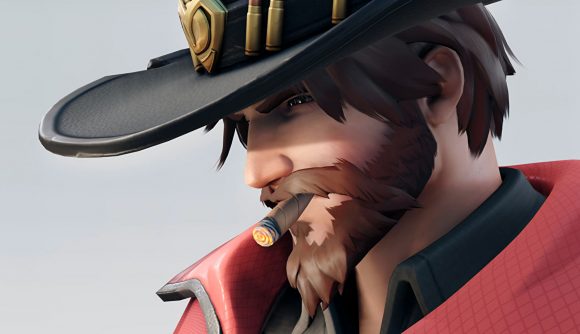 In honour of a major character’s name change happening in Overwatch this month, Activision Blizzard has announced that any players who “might have the desire to do the same” will be able to change their Battle.net username entirely for free – but only within a certain time frame.

It was announced back in August that Overwatch gunslinger character McCree would be changing his name, thanks to being named after lead level designer Jesse McCree, who was let go from Blizzard in the wake of a lawsuit filed against the company by California’s Department of Fair Employment and Housing. From this Tuesday, October 26, McCree will become “Cole Cassidy” instead.

In connection with this name change, Blizzard Entertainment has revealed that it’s giving players the chance to change their own names on Battle.net too, for free. Anyone who wants to change their BattleTag can simply head here and submit a ticket on the Overwatch support page and Blizzard’s team will process the name change within about thirty days.

There are catches to this, of course. If you’ve already got a free BattleTag name change – most players should have one by default – you won’t get another one, as they don’t stack. Furthermore, if you want to take advantage of this offer, make sure to submit a ticket by the cutoff date of November 5. Finally, some name changes just won’t be permitted, so watch the swearwords.