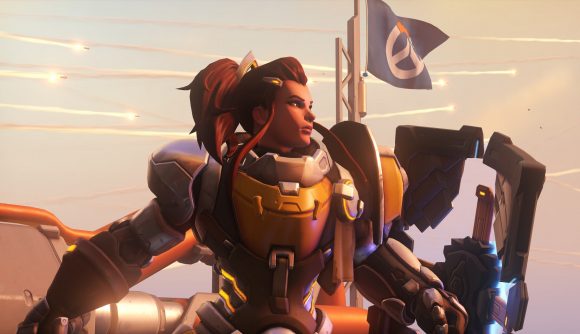 The actor who plays Brigitte in Overwatch has responded with bewilderment to someone who felt the need to comment on her character’s impact on the game’s balance, even though she herself – not being a designer – has nothing whatsoever to do with that.

The message suggests “Brigitte destroyed Overwatch and the meta”. This isn’t an uncommon view in the community – it’s even inspired hashtag campaigns – but it’s a problem for Overwatch’s design team to solve. Whatever her impact on the meta, Brigitte’s character is defined by her positivity and her selflessness – qualities which her actor, Matilda Smedius, says she’s tried to bring not only to her performance but to the game’s fans.

That’s nice. And it’s an attitude from which others could stand to learn. As Smedius says in a follow-up tweet, “if you feel like one character destroyed a whole game, you have the right to think so, but maybe give constructive criticism to the developers instead of harrassing the voice actor.”

Happily, there has been a huge outpouring of support and sympathy in the wake of Smedius’s tweet.

I know I shouldn’t spend any time on people like this, especially when 99.999999% of all my interactions with people online are super positive and supportive (i love you all so much ❤️), but it just makes me so confused as to why someone would send me this kind of message. pic.twitter.com/SQp2K0mZf5

There are literally hundreds (704, at time of writing) of other replies to Smedius, the overwhelming majority positive, and it’s lovely to see the community rally round in support. Smedius herself hesitated to share the tweet due to fear of spreading the bad vibes, but the good ones have clearly outweighed them.

In related news, it looks like Blizzard may be teasing Overwatch’s 30th hero – hit that link to learn what we know. We’ll keep you updated on new developments as always, so check back regularly as the inevitable teases ramp up.