In the run up to the PCGamesN Awards on December 23rd – mark your diaries, people – we’ll be publishing daily staff picks of the finest games 2016 has had to offer. Today it’s Matt, who has a lot to say about an obscure multiplayer shooter…

Has there ever been a year with quite so many game of the year contenders as 2016? Dishonored 2, Titanfall 2, Hitman, XCOM 2… it should be impossible to choose from the cream of this year’s crop. But despite the outstanding quality of so many titles, for me there’s only one choice: a little game called Overwatch.

What do you think of Blizzard’s shooter? Let us know in an Overwatch user review.

Sometimes people talk about their ‘relationship’ with a game. Very often this is in regards to an MMO, because they often become a second life for players. I’ve never had a ‘relationship’ with a game. I can’t say I’ve ever devoted countless hours to one title and become a master of its systems, lore, and tactics. I’ve always been the kind of person to fire-and-forget with games. I play the flavour of the month and quickly move onto the next thing. (This has, on occasion, led me to ponder what my short attention span means for my actual human relationships.)

Overwatch feels strange to me because it’s the first time I’ve stuck with a game for multiple months. I’ve played every day since it launched, and have been captivated by its evolution. The Sombra ARG was a journey of exhausting excitement and upset, made tolerable only by the fantastic character it finally resulted in. The animated shorts punctuated the year with five-minute doses of joy. For the very first time, I’ve found patch notes oddly engaging. 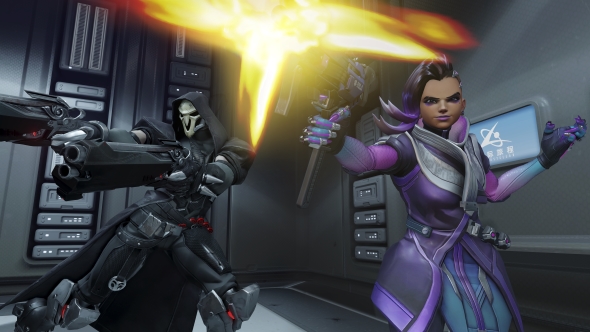 There are a number of things that have led to Overwatch burying its hooks in me. Initially it was its wonderful Pixar-like approach to both art and characterisation. The way the characters talk to each other, both in the pre-match stage and during battle, gives Overwatch a real sense of fiction that’s not been present in any other multiplayer shooter since Team Fortress 2. It’s these touches that have led to me reading the Overwatch wiki in search of background information on my favourite heroes.

More important to its longevity, though, are the perfect match times. At just over ten minutes, they’re short bursts of action that can easily slot into your life. It’s absolutely ideal to play while waiting for dinner to cook/your flatmate to get out the shower, and offers a sense of rapid progress to longer sessions.

Each and every match provides a slice of multiplayer greatness. Despite only having two game types in its competitive mode, both of which share many traits, boredom never sets in. There’s always something that makes today’s game more than just another Overwatch session. It may be that the team you battled with had brilliant chemistry, or that your Play of the Game was exceptionally cool. Perhaps it was just a single kill that you managed to achieve in the nick of time. Whatever the flavour of that moment, there’s always something that stands out in a game of Overwatch.

Combining with those moments is the overall tightness of Overwatch’s design. The interplay between each of its 23 (and counting) characters is genuinely something to admire, as is the ease of using them. There are plenty of characters who demand more skill than others, but Overwatch is a scholar of the ‘easy to pick up, difficult to master’ philosophy. It encourages me to try out new heroes and learn the ins and outs of their abilities, which in turn keeps me playing each and every day. 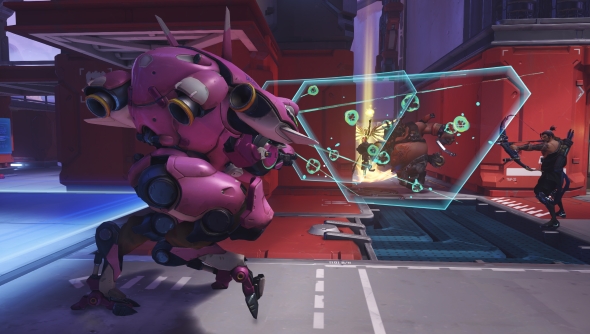 With it being part of the Blizzard stable, it really does feel that this is just the beginning for Overwatch. The huge November update that added Sombra also brought a variety of new game modes, including the brilliant 3v3 and the tension-filled 1v1. Along with a re-think of how players can earn loot boxes, the Arcade section of Overwatch is an exciting new path. And it came without the need for a season pass or additional one-off payments.

That’s something I find exciting about Overwatch: just how will it proceed from here? Will it endlessly tick over with a few new heroes and maps each year, or will it pick up a huge new paid-for expansion in a year’s time that radically alters how the game plays? Perhaps Blizzard will explore a completely different method of expanding the game. In many ways Overwatch feels experimental, despite it being part of a very safe genre, and that’s partially what makes it so exciting.

But while Overwatch’s future is full of tremendous potential, it’s the here and now of 2016 that makes it so special. It’s a shooter that feels developed for both veterans and those who have never used a mouse to aim a gun before. It’s traditional and trendsetting simultaneously, and a master of both. From being the new kid on the block to the comforting ol’ reliable that I turn to, Overwatch has never been less than 2016’s best.