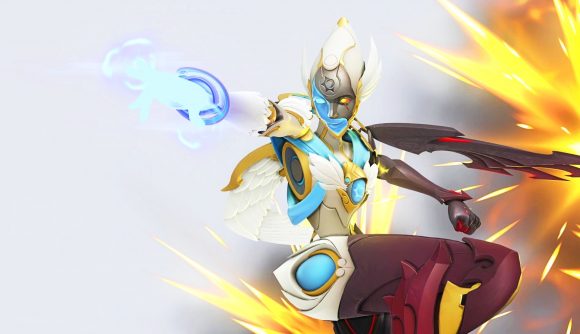 Blizzard is no longer making Overwatch’s League MVP skins. We recently got a peep at 2020 League winners San Francisco Shock and league MVP Byung-Sun ‘Fleta’ Kim of Shanghai Dragons’ skins, but that’ll be it – Blizzard says “this is the last time a skin will be made for the Overwatch League MVP“.

The news has been a bit of a bummer for the game’s professionals. While plenty of them are immortalised online with various clips showcasing their skills, an MVP skin is a way to leave part of yourself in the game. “MVP skins are cool because they bridge the gap between Overwatch and the Overwatch League,” Shock’s Matthew ‘super’ DeLisi told our pals over at The Loadout during a press conference. “So to see it go is a little disappointing, but what can you do?”

Looking forward, Overwatch League players reckon there’s an opportunity to celebrate players in other ways. For inspiration, Houston Outlaws’ Jacob ‘Jake’ Lyon is looking to Counter-Strike. “There are ways to do it,” he says. “I know Counter-Strike does things where, like, if a certain historic play happens on a certain part of a map, they’ll put graffiti there. The casual players might not even realise what it’s for, but for the people who know and the players who did it, it’s a reminder of that amazing moment.”

It’s not all bad news, though. The league’s vice president Jon Spector notes in a Reddit AMA that the year ahead will have plenty of League legendary skins and that the team is always on the lookout for “ways to spotlight” moments of brilliance.

If you fancy reading more about it, do check out the full thing on The Loadout via the link above. The new season kicks off this Friday (April 16), so there’s plenty of content to mull through to get you excited.