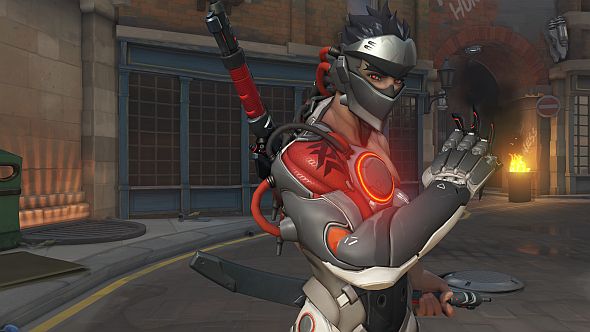 Yesterday, someone on the Overwatch subreddit claimed to have been cheated out of a Steam gift card by the YouTuber OhNickel after winning a giveaway contest on his channel. His thread exploded, hitting the top of r/Overwatch and then the top of r/all too. Reddit rallied behind him, offering to pay him the money he was supposed to win (nice) and bombarding OhNickel with hate (not so nice). The problem: it was all made up.

In other Overwatch news, loot box drop rates were recently published in China.

The guy who posted the thread was impersonating the real contest winner, who had in fact received their prize way back in March, and even tweeted to that effect. As OhNickel says in hisvideoon the subject, you’d hope that alone would’ve quashed the thread before it got traction, but he thinks “nobody even looked into this”. That seems likely.

Here’s the link to the original post. It’s been removed, but you can still see the comments. Eventually, another post was made on the subredditdebunking the imposter’s claims, but long after the hatestorm had been raging for a while. According to TheOverwatchInt, the imposter looked for previous winners of OhNickel’s giveaways, and when he found one that didn’t have a Reddit account (Vitalechz, in this case), impersonated him. It seems he bolstered his original complaint with some screengrabs, but even these could be seen to be photoshopped after a little scrutiny; one was from Gleam, a giveaway platform, in which OhNickels’ name was misspelled. Usersth4tgen and JoshBrodieNZ then discovered that the misspelled name hadn’t even been claimed.

The moderators of r/overwatch, unsure of the truth, took both posts down, and did some digging of their own. They reached out to the real Vitalechz on Twitter to ask him about the imposter’s post, and he replied “that thread isn’t by me”. Vitalechz then showed them a screengrab of his email correspondence with OhNickel, proving he honoured the terms of his giveaway.

It was somewhere around then that OhNickel, who had been asleep this whole time, woke up to find a torrent of hateful comments on his twitter and mass unsubscriptions from his channel – “probably the most amount of people I’ve had unsubscribe in such a short period of time”, he says. He made his video, in which he is admirably eloquent and composed given the morning he must’ve had, and cites the hard work of the mods and Redditors who proved his innocence. Deeklzposted Nickel’s videoto Reddit, and that’s where you can now read the fallout.

So, to summarise: an innocent YouTuber received a torrent of gross abuse, and lost subscribers (and, thus, income) because hundreds of people believed the lies of one thoroughly unpleasant person – lies which collapsed after fairly minimal scrutiny.