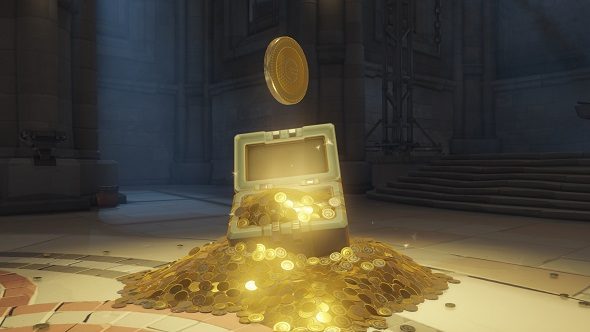 Following the release of Activision Blizzard’s latest earnings report, Overwatch has become the eighth franchise in the company’s portfolio to raise over $1 billion dollars. While this is impressive enough by itself, Overwatch has managed to generate this much money in less than a year.

Find out the exact drop rates for Overwatch skins with our lootbox breakdown.

Overwatch is now sitting alongside franchises like Call of Duty and Skylanders in the billionaire’s club, with the shooter boasting over 30 million players. Activision Blizzard as a whole saw a 22% cashflow increase compared to 2016, generating $411 million in the first quarter of 2017 alone. Blizzard games have seen 58% rise in monthly active users when compared to this time in 2016, thanks to the combined success of both Overwatch and Hearthstone.

Hearthstone recently surpassed 70 million registered players and thanks to Journey to Un’Goro, the CCG set an all-time record for daily active users. There has also been a 25% revenue increase from Blizzard selling in-game items, thanks to World of Warcraft cosmetic items and people trying to pull Legendary skins in Overwatch.

While Blizzard games have been seeing a boom in terms of both revenue and user numbers, Activision’s usual cash cow Call of Duty saw a drop in monthly active users, due to the “expected softness” from the release of Infinite Warfare. However, the announcement of Call of Duty: WW2 and Black Ops 3: Zombie Chronicles are set to boost sales figures, with the reveal trailer of COD: WW2 being the fastest trailer to reach 10 million views on YouTube. According to the earnings report, pre-orders of COD: WW2 are “off to a very strong start.”

For all of the figures from this earnings report, they are all available over on BusinessWire. With Overwatch only looking to grow with initiatives like the Overwatch League and World Cup, you could expect that number to reach $2 billion in record time.