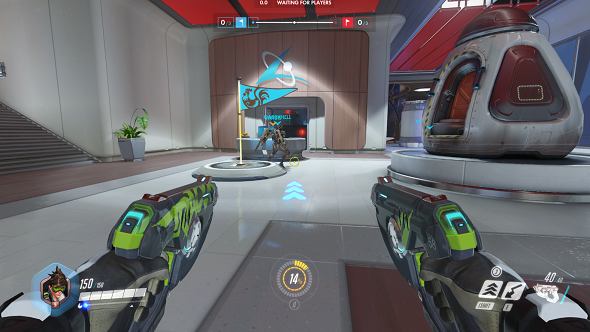 Blizzard were thinking about a Capture the Flag mode for Overwatch during early development, but it just never felt like it could be a proper competitive mode, mainly thanks to some character’s powers.

For example, Tracer would blink in three times, grab the thing, then rewind and be almost back at home before breaking a sweat.

Blizzard experimented with making heroes drop the flag when using manoeuvrability powers, but that took away from what makes Overwatch great.

Now Capture the Rooster is here, and it looks like Blizzard have nailed the concept. The solution? Simply by making it so flag capture has a progress bar – one that can be reset by shooting the person capturing it. This stops cheesy captures like Tracer’s.

Overwatch’s Jeff Kaplan talks about all that in the video embedded above, as well as explaining that they’re currently not planning to put the mode into regular rotation. So just go have some fun.