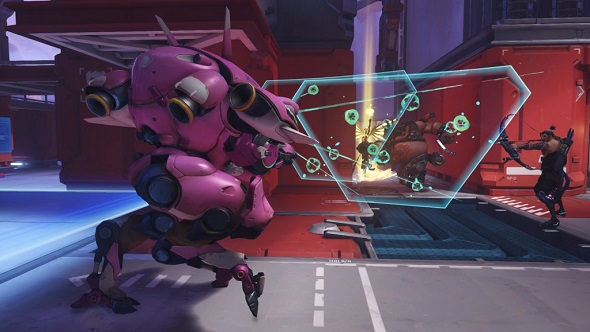 Since Overwatch’s ‘tankbuster’ update with patch 1.7, players of beefy heroes like D.Va and Roadhog have been noticing some teething issues when it comes to these new changes. While Roadhog’s hook is busy acting up, many D.Va players are complaining that the recent armour reduction has butchered her survivability and the continued lack of changes to her Pilot form do not address her loss of utility once D.Va ejects from her mech.

We check out the Year of the Rooster update in the latest Overwatch This.

In a post on the Overwatch forums, user Mugunghwa has proposed two possible changes to D.va in order to make her viable in the current meta. One option is to buff her Pilot form by giving her an ability to actually help the team once she loses her mech. The other option that Mugunghwa proposes is to buff her Defense Matrix ability so it can be used to defend allies from behind. Rather than forcing D.Va to go into the line of fire to block shots with the Defense Matrix, Mugunghwa proposes that D.Va should be able to stand behind an ally and project the Defense Matrix in front of them to absorb incoming damage.

Responding to this thread, principal designer Geoff Goodman praised the feedback but clarified that allies can stand in the Defense Matrix and be protected, but that currently the Matrix only “block[s] shots until they are a very small distance away from the muzzle of the gun that shot them.” While this blocks the majority of weapon fire, it often times doesn’t protect an ally being hit and killed by a Roadhog hook combo from up close.

To combat this, Goodman hinted at an upcoming change to D.Va that plans to “remove this minimum distance so the projectiles are killed directly out of the muzzle.” This change should make it possible to protect allies from a close range Roadhog hook with the Defense Matrix, generally increasing D.Va’s utility as a support tank.

As with any proposed buff or nerf, some D.Va players are not pleased with this change, claiming that it only aids defensive play styles and that it does not fix the fundamental issues with D.Va’s lack of armour and kill power, along with her useless Pilot form. With tanks being a hot button issue in Overwatch at the moment, expect more tweaks and balances in the coming months as Blizzard try to really figure out the roles of characters like D.Va.