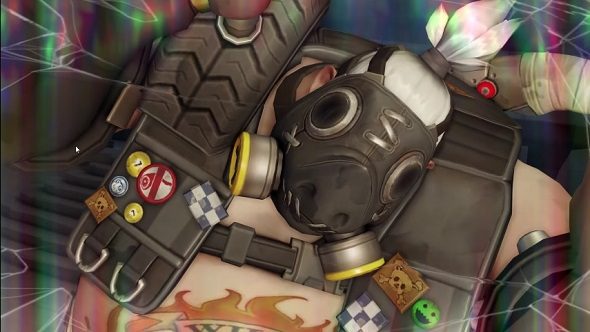 Despite multiple attempts to balance this butcher’s hook, Roadhog is still managing to capture heroes that break line of sight in the latest Overwatch patch. While patch 1.7 has fixed most issues with Roadhog’s hook by having players released from the hook’s grip once they disappear from view, heroes with dashes or command jumps are still getting hooked, despite zipping out of Roadhog’s sight.

Check out all of the shiny new Year of the Rooster for Overwatch skins right here.

In a series of gfycats by Reddit user tehGraboiDs, it seems that even if players break line of sight with a command dash or jump, they still get grabbed by Roadhog as long as the hook connected just as they dashed away. In the example, tehGraboiDs has a Genji dash behind Roadhog just as he gets hooked by the tubby biker, which still results in the ninja being pulled in front of Roadhog.

This interaction does not seem to happen if you dash behind an obstacle, so this hook glitch could possibly be because the enemy was in line of sight when the hook connected and that they are dashing into an open space. This means that line of sight is technically still active, meaning that the hook functions as if the enemy was in plain sight. Keep in mind that this is just a guess based on these gfycats, so expect players doing more experiments with Genji’s dash and Winston’s leap to see the extent of this interaction.

With Blizzard desperately trying to get this dastardly hook under control with the Hook 2.0 changes, expect further alterations to Roadhog’s favourite toy in patch 1.8.