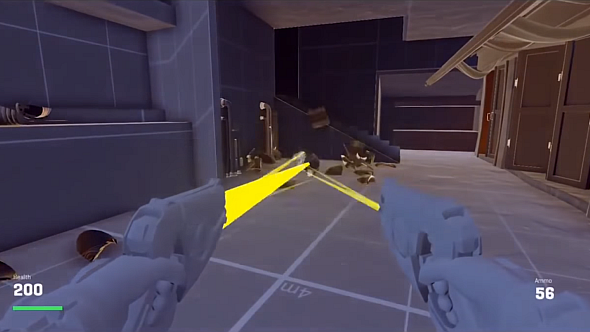 As Overwatch’s game director Jeff Kaplan notes in this panel from BlizzCon, Blizzard is famous for its polish. So what he would go on to show was a rare treat: gameplay footage from early in the development of Blizzard’s hit shooter, including the very first sequence rendered in its proprietary engine, from way back in September 2013.

Get up to speed on Overwatch’s latest hero with our Moira guide.

The presentation is a fascinating step-by-step look at Overwatch’s creation. Poster girl Tracer was its first character, so the earliest playtests took the form of all-Tracer matches on basic builds of the Temple of Anubis map.

As the UI, lighting, and level design take shape, the game is then fleshed out with new heroes, and we get an entertaining look at therough early versions of abilities such as Spirit Dragon and Reinhardt’s charge. Frightening revelation: Genji’s Dragonblade was his unlimited regular attack, and he could perch on walls.

The video is well worth a watch for Overwatch fans, or indeed anyone interested in game development. Take a look above.