Overwatch’s new hero is Moira, a sort of cyber witch who looks absolutely badass. See her in action above.

Here’s everything we know about new Overwatch heroes.

Here’s a run down of her abilties, which you can see the graphics for on the official site. 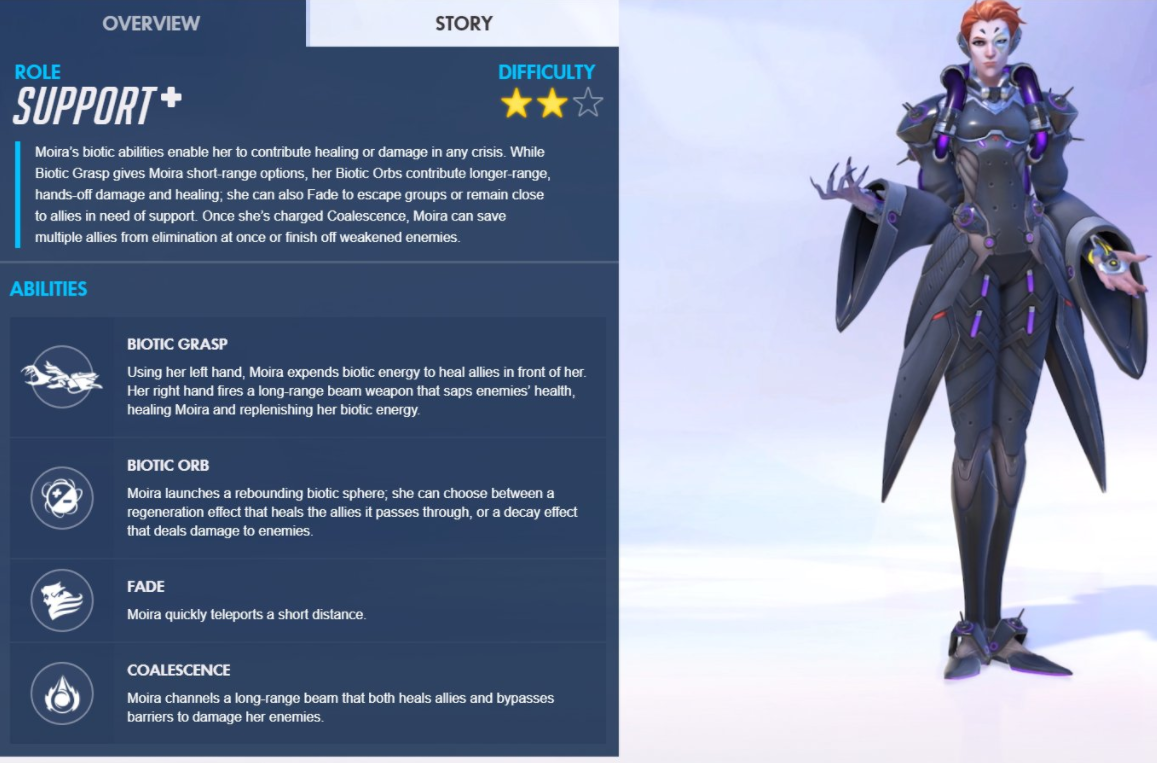 The right click version of this deals damage to enemies in front of Moira. It won’t latch on to enemies in the same way or to the same strength as Symmetra’s gun, but will track slightly once it finds a target for the first time. It does slightly less damage than Winston’s electric cannon currently, around 50 damage a second.

The left click version heals all allies in front of Moira in a stream. This has a limited amount of charge, which is regenerated by her right click, as well as regenning over time. It heals slower than Mercy’s beam, since it can hit multiple targets, and seems about as effective as an amped Lucio heal aura – 45 HP a second or so. It also leaves a heal over time on any targets it hits, meaning if your allies are dashing about you’ll still get them a little love. The regeneration effect from dealing damage is quite quick.

This is another split skill. Left click fires a healing version, while right click fires a damaging version. The orb will fly off and bounce off surfaces, slowing if it finds targets to heal or harm. At a certain threshold of healing (300) or damage (200) the orb dissipates. Again, the actual rate of healing or damage is fairly moderate, and they share a cooldown of around 10 seconds. You can fire an orb without interrupting your primary skill by simply tapping E while holding left or right click, firing the corresponding type of orb.

This quick dash-like maneuvre massively increases Moira’s speed and she disppears for a short period, around a second. During this time she can control her position and is invisible and invulnerable. It is essentially a controllable teleport that can be used to dodge skills and abilities, and pursue enemies. Cooldown is six seconds but only begins ticking after she reappears.

Moira emits a massive beam of energy that damages and heals everything in the way, piercing all enemies and allies. She moves faster during this process and the channel lasts for around 10 seconds. It does two times as much healing as Mercy’s beam, and about 50% more damage than Moira’s normal attack. It also looks kicking rad.

We’ve yet to see many of Moira’s skins, but two shown off at Blizzcon reveal some truly special designs. The first, Oasis, links to Moira’s history as the Minister of Genetics at Oasis. The second is sillier, but possibly my favourite skin ever introduced in Overwatch: a Glam skin that looks to pay homage to Ziggy Stardust himself, David Bowie. 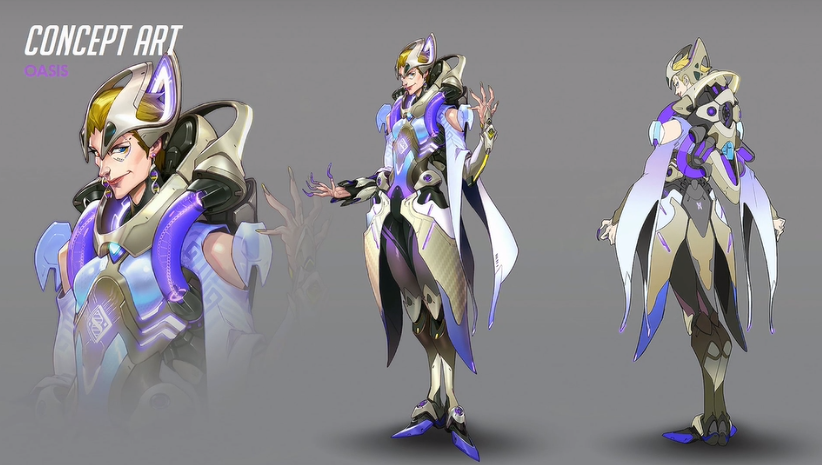 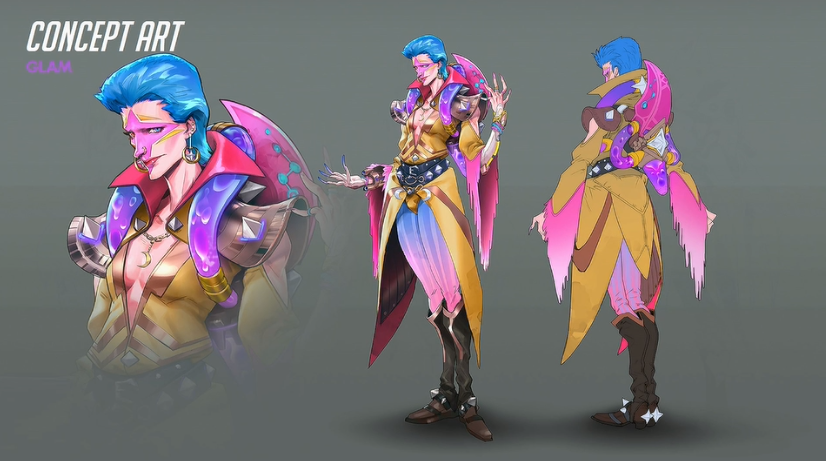