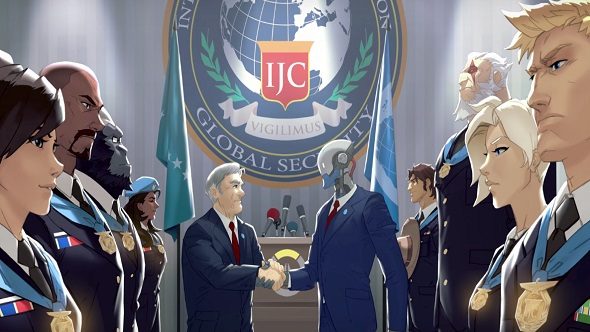 Blizzard are going to have to buy a bigger trophy cabinet at this rate, as Overwatch has claimed another Game of the Year award, this time at the 17th annual Game Developers Conference Awards. Along the main award, Overwatch picked up the Best Design, thanks to its “carefully calibrated balance and polished gameplay mechanics.” I’m sure many D.Va mains would disagree that assessment.

Have some fun away from Ranked with these great custom Overwatch games.

There was a bit of a kerfuffle surrounding No Man’s Sky’s Innovation Award, as the team from Hello Games weren’t actually at the ceremony to pick up their trophy. The team were actually out getting dinner when their award was announced and according to No Man’s Sky director Sean Murray, they were not actually told about their win before the event. The team did manage to make it to the Moscone Center to catch the end of the awards, but not fast enough to save the embarrassment of missing their chance to pick it up. Oops.

.@megganpez @innesmck I stand by what I said. If you have won, THEY TELL YOU BEFOREHAND. Hence we defo haven't won, and there's no rush

Tim Sweeney, founder of Epic Games, picked up the Lifetime Achievement Award for his work creating the seminal game/creation tool ZZT and the influential Unreal Engine. You can check out the full list of winners below and expect Blizzard to win the Nobel Peace Prize for creating Overwatch later this year.