I haven’t seen the new Game of Thrones episode yet today, so you needn’t worry about any spoilers in this article (and if you spoil it for me, I will cry at my desk). What I have seen, however, is an Overwatch player’s delightful tribute to the show ahead of its final series.

Ahead of the new episodes, Overwatch fan Rodrigo Lelles headed to the game’s Paris map, which features playable pianos. Shooting a key will cause it to sound the correct note, and shooting a whole bunch in the right order will let you play a simple (or in some instances, pretty complex) tune. Lelles took that to another level, however, layering multiple clips on top of one another to create the entire Game of Thrones theme tune.

While the entire thing is underscored by the noise of Sombra’s pistol, the edit absolutely nails the show’s iconic opening sequence, and now has me pining for Westeros even more than I already was when I went to bed last night.

You can check out Relles’ efforts in the video below, via Dexerto: 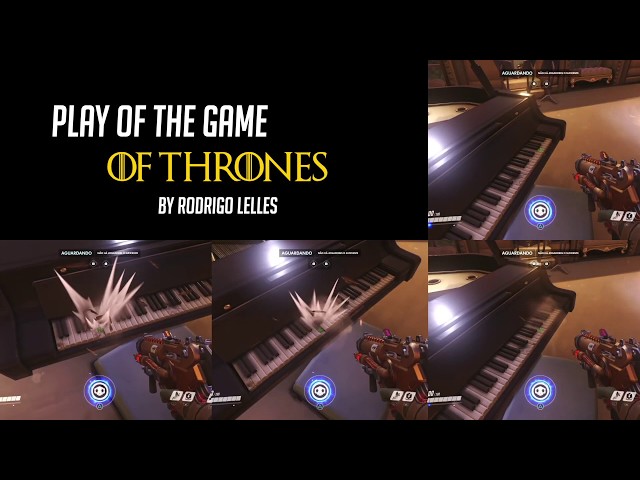 Overwatch’s new Archives event – Storm Rising – kicks off tomorrow, and introduces a new character. Sojourn won’t be playable in the mode, but their very existence suggests they’re quite likely to show up in the game at some point.

Storm Rising will run until May 6, and if nothing else, that’ll offer Overwatch fans something to do in order to fill the crushing void between Game of Thrones episodes.