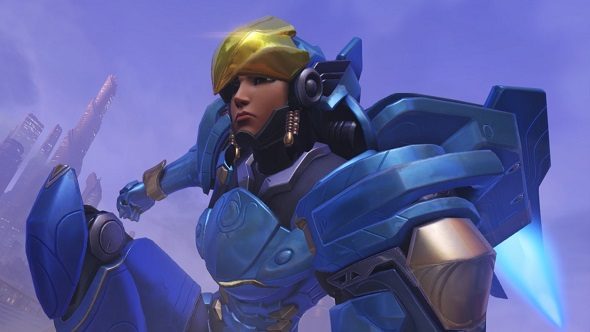 In a new video series from IGN, Overwatch game director Jeff Kaplan is revealing some secrets about the heroes of Blizzard’s multiplayer shooter. In these first two episodes, Kaplan tells fans some previously unknown facts about Overwatch’s support and tank heroes.

Get the low-down on Overwatch patch 1.11.

Ana was originally called “The Alchemist” internally at Blizzard, with her design being based around her flinging these various concoctions at enemies and allies. It was only once she was envisioned as having a healing sniper rifle that her design really started to come together. Speaking of initial designs, Lucio’s first ultimate had him slowing down time for everyone in the match except himself. While it was supposed to make it so Lucio could then zip around to heal friends and kick opponents off the map, it would just drastically slow the pace of the game and cause havoc if multiple Lucio ults went off at once.

The fan pairing of Mercy and Pharah also seems to be no accident, as Pharah was originally called Mercy in the very early stages of Overwatch. Mercy’s starting name was Angelica, which makes sense when considering her angelic outfit. The only problem was that whenever one of the testers called for someone to switch to Mercy (meaning Pharah), they’d switch to Angelica instead. To stop the confusion, Angelica was given the name Mercy and Pharah was then renamed Rocket Dude. This eventually changed to Rocket Queen and finally Pharah.

For playtesting Orisa, Overwatch hero designer Geoff Goodman needed to make her look unique to all the other characters. To make this happen, he combined the Gothic Zarya skin with Bastion’s chaingun in order to differentiate her from actual Zarya players.

Roadhog was initially designed for another Blizzard game, with his first piece of concept art meant to be for a generic junkyard enemy. He came to be part of Overwatch when Kaplan and his team were pitching the game, using Roadhog’s concept art to show how even a typical enemy for another game could become a hero in Overwatch.

There are two more videos planned for Overwatch’s offensive and defense heroes, so stay tuned to find out some more trivia. They also contain previously unseen test footage for characters, which is interesting for seeing how Blizzard go about creating a new Overwatch hero.