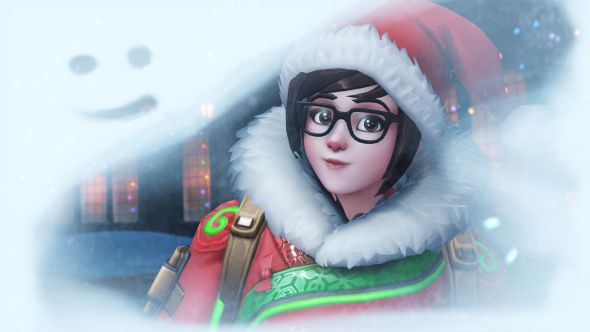 Ever wondered how game characters are animated? Someone on the Overwatch team has kindly shared footage of his work animating a character’s highlight intro – a short sequence that plays at the end of a match when they’ve made a big play. The sequence is only about five seconds, but it took the animator four days of work.

What are they working on now? Here’s everything we know about what’s next for Overwatch.

Overwatch fans will recognise the sequence as Mei’s ‘Frosty :)’ intro, in which the adorable Chinese scientist draws a smiley face in a patch of frost on the camera. The footage comes courtesy of Overwatch animator David Gibson on Vimeo, and can be viewed below:

Using Autodesk Maya, Gibson starts with Mei in a standard T-pose, and moves her rig point by point to get the animation right. The video shows the entire process, which Gibson says took him four days, but the footage is sped up 1500% for a total runtime of just over four minutes. Captions by Gibson give interesting insights into the whole process.

Besides being required viewing for aspiring artists or animators, it’s an informative video for anyone interested in how games are made, or who wants to learn more about why development can take a while. The attention to detail on a five-second clip is staggering, but that shouldn’t surprise anyone who’s accustomed to Blizzard’s usual levels of polish.