Overwatch has seen the introduction of several hybrid characters recently – Brigitte is a support-tank, and Moira is a off-support. But Blizzard have assured fans we will be seeing more ‘pure’ heroes introduced in the future.

Here’s everything Blizzard have planned for Overwatch in the months ahead.

Speaking to PCGamesN, Overwatch lead designer Geoff Goodman revealed that, despite these additions, the team is not solely focusing on adding hybrid characters.

“The most important thing is that we always want to have lots of different options for players to play with,” Goodman says. “Sometimes that means more hybrid heroes such as Brigitte, Zenyatta, or Roadhog, but sometimes that might mean heroes with more of a ‘pure’ role, such as Mercy, Reinhardt, or McCree. So I think it is likely we’ll see more hybrid heroes but also more pure heroes as well.” 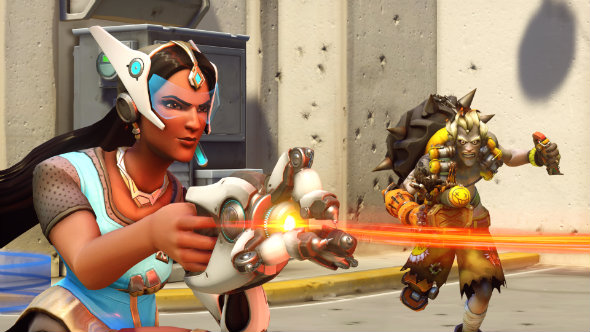 It was recently revealed Symmetra’s re-work will make her a defence hero, rather than a support, suggesting older Overwatch heroes are being adapted into hybrid characters to keep them viable. However, Goodman says this is not an “explicit goal.”

“Sometimes when we look at these heroes we can see that they would fit much better into the current game with more significant gameplay changes, rather than just balance tweaks,” Goodman says. “For example, Symmetra is our only non-healing support. She feels difficult to fit onto a team of six. We started looking at her with the base idea that she should either be able to heal and stay in the support role, or be given more damage viability and moved to the defence role.”