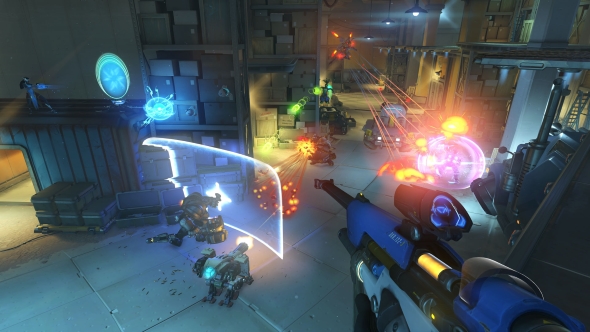 Sure, Overwatch might not be the kind of game that you need to rebuild your rig from the ground up for in order to achieve solid framerates on Ultra, but we never once considered how well it would run on an ultrabook. It seems to have had an impact too, as 22 percent of Overwatch’s PC player base run the  game on Intel integrated graphics – the kind you’d find in an ultrabook rather than a tower.

New to Blizzard’s FPS and not sure where to start? Check out our guide to the best Overwatch characters.

While playing Overwatch on an ultrabook isn’t quite the same experience as it is with a high-end GPU, it does run surprisingly well on low-spec hardware. Blizzard’s senior software engineer Ryan Greene said at GDC 2017 that this was always Blizzard’s intention, “Blizzard historically supports a very large number of players. It’s just something we work towards and always has good benefits.”

By building the engine for Overwatch from scratch, Blizzard were able to ensure that minimum-spec players would be able to run the game as well. Of course, Greene had to get his team excited about building a game with low-spec rigs in mind. “Not everybody was excited at first, but as we got going on it, people really felt the value in it,” Greene explained.

It might lack any of sheen and shine of the Overwatch most of us recognise, but the fact that you can still run the game at 30fps on an Intel integrated graphics unit has likely contributed to the incredible success of Blizzard’s latest IP.