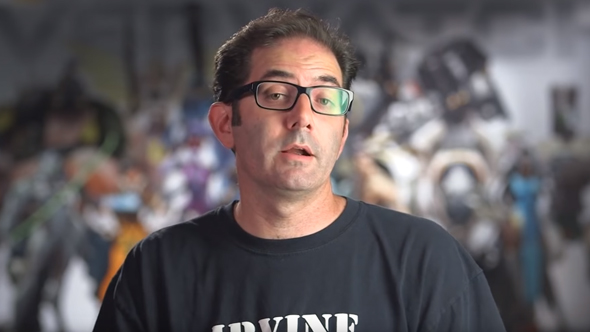 It’s no secret that the relationship between the people making videogames and the people consuming them is often strained, but seldom is it as apparent as in this lengthy, heartfelt forum post from Overwatch director Jeff Kaplan. The central thrust of the 1300-word soliloquy is that a lot of developers – Overwatch team included – are afraid to speak about even the simplest facets of development for fear of abuse, threats or demands that they be fired.

Vent your aggression the healthy way: By punching lots of people very hard as Doomfist.

More specifically, Kaplan repeats that Overwatch’s developers do try to communicate directly with their audience, and under their real names. This is more than many studios would even dare, often couching statements behind a faceless official company-wide account, or filtered through community managers, and this opens them up to even more potential abuse.

The saddest thing is that Kaplan’s sentiments do not seen uncommon in the slightest. We heard just recently that fear of dealing with the toxicity of their own audience is a key force prohibiting developers of all scales from detailing their creation processes across the industry. We should never forget that the people making games are – by and large – huge nerds, and love talking about the subject. If they feel too threatened speak out, something’s very wrong indeed.

Videogames are awesome, and the people who make them often tend to be obsessive, pouring heart, soul and – through crunch, late nights and questionable diet – life expectancy into their projects. To paraphrase great philosophers Bill S. Preston, Esquire and Ted “Theodore” Logan: Let us endeavour to be just a little more excellent to each other.

On a more positive aside, eagle-eyed readers of Kaplan’s statement might have spotted this:

“We care about all 26 heroes equally”

Given that recent addition Doomfist is the 25th playable character, could this be a typo? Possibly, but it really would be no surprise if more characters were on their way. Get hyped! Just…. do it nicely, please?