BlizzCon’s ‘Inside the Overwatch League’ panel nailed down most of the details we’d been waiting for ahead of the league’s inaugural season, with plenty of detail on how things would play out, including schedules, divisions, and season structure.

Find out everything we know about Moira.

The league as a whole will be split into two divisions – Atlantic and Pacific – to help structure the league and make it easier to schedule games in the respective teams’ home time zones.

Each team will play 20 games in their division and 20 cross-division, for a total of 40 games in the regular season. Spots in the playoffs will be determined by seasonal records, with the top team in each division getting an automatic bye into the playoffs.

Seasons will be divided into four stages, each of which will draw from a pool of eight maps to help keep things competitive.

On the Saturday at the end of each stage, teams will compete in a playoff for $125,000 in performance bonuses, and a minimum of 50% of those bonuses will have to be paid to the players themselves.

Playoffs will run July 11-22, with the Grand Final taking place July 26-28, and unlike the rest of the inaugural season these matches won’t take place at the Blizzard Arena in Los Angeles – but the actual venue has yet to be determined. 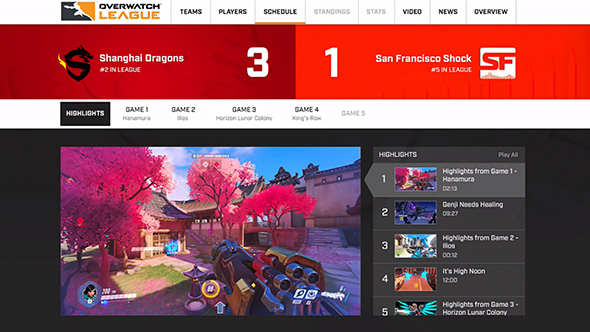 On top of all that, the Overwatch League website launched alongside the panel, detailing the teams, schedules, and more for the upcoming league. Eventually you’ll be able to check out the stats of pro players and compare yourself against them, and explore similar functionality with a companion app. You’ll be able to watch matches through the website or the app, as well as currently unannounced “other platforms.” 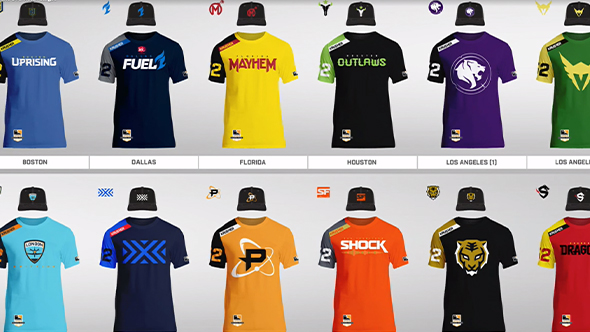 And, of course, there’s merch. Jerseys, hats, and even socks for each team are on the way, with far more coming beyond.