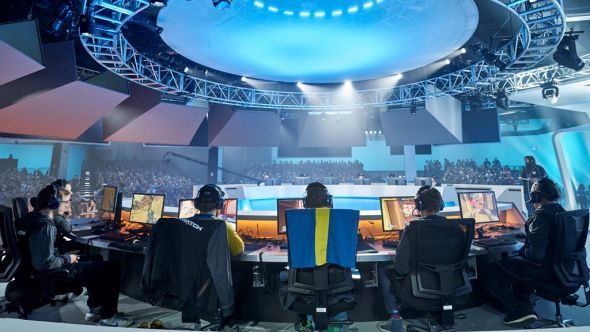 The big surprise of BlizzCon 2016, in case you’ve just woken up from a coma starting November 3, was the Overwatch League. An ambitious Overwatch esports program that promised a global structure, local stadiums and millions in investment. It was quite the announcement. Then, from the company that refuses to even show a game until it’s playable by the public: nothing. No announcements, barely any interviews and only the slightest rumours of behind the scenes chatter. Simple question: why?

Here’s all the details on Overwatch League teams, cities and dates.

“Blizzcon is absolutely the right place to announce the Overwatch League. Do I wish Blizzcon was in March or April instead of November? Maybe,” admits Nate Nanzer, Blizzard’s League commissioner and director of Overwatch esports in general. “But Blizzcon was the place something like this needs to be announced.”

It’s difficult to disagree, even if the reasons weren’t quite as player-facing as Blizzard’s normal fare. While interviews with OWL staff were limited – indeed, there weren’t a lot of OWL staff at the time, Blizzard spending the following few months hiring for every major position – plenty of billionaire future team owners were at the show finding out what Overwatch had to offer.

News of the OWL was so slim that rumours it was struggling to attract investors started to circulate. The rumours got so bad that in May Blizzard released a statement calling them “unverified and widely ranging” from “unnamed sources who may try to leverage the media to deliberately spread misinformation as bargaining tactics or for other competitive reasons.”

During that time, various esports teams acquired and quickly dropped their Overwatch rosters. That has done some damage to the perception of the League from potential viewers but, Nanzer says, hasn’t harmed real interest or investment in the League or development of other events.

“I don’t think we really view it as damage that needs to be repaired. We are building something that is a very robust ecosystem that sits below the Overwatch League. If orgs want to participate in that they absolutely can, it is very important there is a development league for players.”

As for those teams that have dropped out of having Overwatch squads, Nanzer says they weren’t up to the task. “If you look at the structure of the Overwatch League, there are certain capabilities that are required. We aren’t just looking for someone who is capable of creating a logo and some social media pages and paying players a salary, we need people who can build local capability, be able to host home games.

“So we sat down with a lot of orgs that you have seen drop their rosters since, and I think some just felt they weren’t able to build that capability and therefore didn’t want to invest. But, I think we are seeing a really positive reaction from players around Contenders and all of the events we have happening around the world, our global development system, and we will continue to invest heavily in that as well as investing in more graduate and amateur esports as well so that we can cultivate the stars of tomorrow. I hope that there are esports orgs out there that see a value in participating in that ecosystem.”

Those that have stuck it out, and shown they can invest the time and money required, are now reaping the rewards, so says Jack Etienne, CEO of Cloud9 and now owner of the London slot in the Overwatch League.

“I think it is fairly natural. We had a situation where everyone saw that a league was coming, and everyone tried to put together a team to see if they could participate, and obviously there is a lot more folks that want to participate than can.

“It’s a totally natural process which I have seen several times [with other games], so it was no surprise and didn’t dull my excitement at all. In fact seeing this process happening and teams dropping out only makes me more confident, because it will mean a consolidation of the teams that sponsors and partners want to work with, so gives more opportunity to Cloud9.”

At this point information is coming thick and fast, as Nanzer explains: “Part of the reason we didn’t have any big announcements until fairly recently was because we didn’t want to have this drip of information out there. When we had something to announce we wanted it to be meaningful and to be able to follow that with more meaningful announcements to go in to launch.”

That has certainly happened. Since the initial announcement of the first seven teams to confirm spots in the League, we’ve had drops every two weeks, and Nanzer teases more to follow. “We have more information to share soon too. I think we will have an announcement about the schedule and the venue and things like that. It is a really exciting time and I think that once Overwatch League launches people will forget about the time between last Blizzcon and [then].”