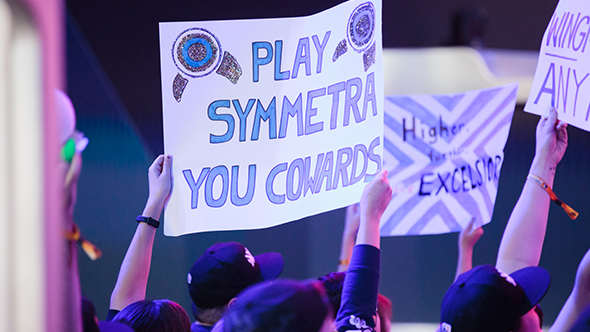 Stage one of Overwatch League concluded last weekend, with London Spitfire taking the victory along with $100,000 in prize money. The close of the first stage of play will see the League take a strong look at what went right and wrong, as will each of the individual teams as they continue to compete.

For more, check out our full guide to Overwatch League.

One of the chief concerns after the final day is scheduling, since the event ended up taking place over 12 hours, presenting a grueling schedule for both the teams competing and fans watching at home. The Spitfire competed in 14 games over the course of the day, and while that presented some great drama – especially as they faced New York Excelsior in the finals after losing to them earlier in the day – it’s not the most reasonable ask for the pro players.

Let me save you some time from tweeting @ me about the schedule: we are looking into playing Stage Finals games on Sunday starting Stage 2. That and other schedule news soon.

Certain teams will also be looking to make adjustments heading into stage two, in particular the Shanghai Dragons, who finished at the bottom with an 0-10 record, even prompting an apology earlier in the season for their poor performance. They announced that they’re bringing four new players to the roster, including Zarya main Kim ‘Geguri’ Seyeon, who is especially notable as the League’s first female player.

Other teams looking to make changes before stage two include Dallas Fuel and Florida Mayhem, both of which struggled for victory in the opening weeks. Fuel will pick up DPS player Dylan ‘aKm’ Bignet, while Mayhem have aquired Ha ‘Sayaplayer’ Jung Woo and Kim ‘aWesomeGuy’ Sung Hoon.

We may also soon see trades within the league with both Fuel and the LA Gladiators looking to pick up players from the winning London Spitfire. AnotherESPN report suggests that the Gladiators have come to an agreement in acquiring Chan-hyung ‘Fissure’ Baek, while Fuel owner Mike Rufail says the team is negotiating to pick up Kim ‘Rascal’ Dong-jun.

In addition to the shifts in teams, the game itself will be changing in stage two, as the break will see the League switch to the latest patch. That means the significant (and controversial) Mercy nerfs will be in play for the new season, so she may not quite be as prominent as she was in the early going. Tracking from players suggests that Mercy has dropped to 3.1% play time – tied with Ana – among grandmaster players, and is down to a 53% win rate. Meanwhile, Moira has become by far the most played healer, with 11% play time and a 56% win rate. The pro meta will have to change after the patch is implemented, but it remains to be seen whether it will echo these numbers.

We do know that some major Sombra changes are currently in testing, and that both Mei and Symmetra are on the plate for adjustments. But on the Battle.net forums, Jeff Kaplan explains that the Mei changes won’t turn into a full rework, saying “We are trying some improvements to her but they are not major.” Symmetra, however “will require more work to get into a better place and therefore take longer to address.”

Either way, with news of massive viewer counts and increasing prices for teams, it seems that Blizzard’s big esports experiment is already paying off.