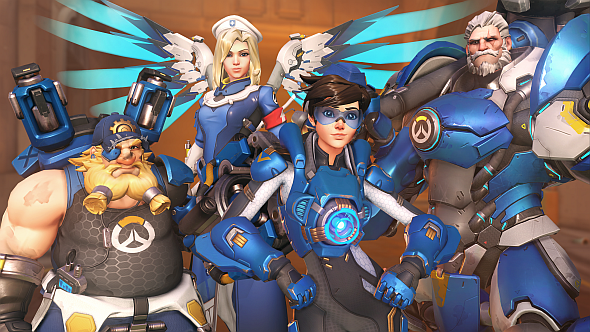 Blizzard have made a few tweaks to Overwatch’s matchmaking system in the 1.10 patch, and principal designer Scott Mercer has just been on the forums to explain them.

See what else is new in our summary of Overwatch patch 1.10.

The changes concern a ‘streak multiplier’, which accelerates the rate at which your skill rating is adjusted if you’ve had several wins or losses in a row. The multiplier is intended to deal with boosting and smurfing, as explained by game director Jeff Kaplan in another post.

Smurfing – which is when a skilled player uses a fresh account to match with rookie players so as to unfairly stomp them – is mean and can ruin games. Kaplan is confident that Overwatch has the problem mostly nailed thanks to this multiplier, though. Citing the example of an Overwatch pro who streamed from a smurf account, Kaplan says Blizzard internally compared his smurf account to his main, and that the skill ratings were even within 15 games. “I know there is a very bad perception of smurfing,” he says. “But the reality is, skilled players are moved rapidly out of lower skill situations.” Indeed, Kaplan goes so far as to say smurfing“isn’t really that big of an issue.”

The streak multiplier is part of the reason why. The more games you win (or lose) in a row, the more each win (or loss) will affect your skill rating. As Mercer notes in his post, however, “win or loss streaks can also just naturally occur when the matchmaking system has already properly identified skill. After all, the matchmaker is trying to place in you fair matches where you have a 50% chance to win. It’s rare, but sometimes you flip a coin 5 times and it lands on heads every time.”

And that brings us to the latest changes – the streak multiplier is being tuned to be less aggressive. Mercer says: “you now need to win or lose more games in a row before any multiplier is used, and it scales up at a slower pace. Furthermore, we will now try to only use the multiplier in cases where the matchmaking system has some confidence that the player’s MMR and skill are wildly mismatched. In cases of natural, random streaks, you ideally shouldn’t see any acceleration either up or down at all.”