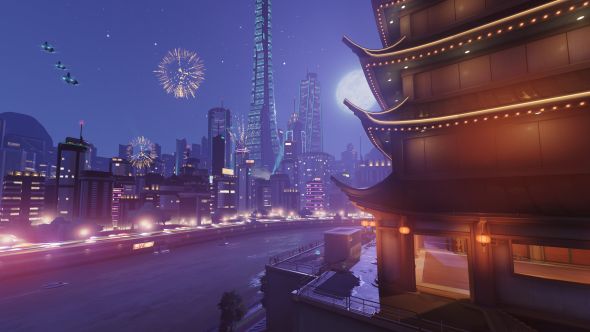 “Uncle” Jeff Kaplan, Overwatch’s game director, has answered a few questions about future features on the game’s forums. The much-requested ability to save your highlights and plays of the game is being worked on right now and will be ready before the end of the summer. Kaplan also reaffirmed his commitment to an Overwatch map editor in the future.

Overwatch is also set to move into eSports. Here’s everything we know about the Overwatch League.

There’s nothing quite like getting play of the game at the end of an Overwatch match, is there? But for now, if you want to preserve your moment of glory beyond your current game session, you need to use external programs to save the footage (I have a clip of me dropping a pulse bomb into a Bastion/Reinhardt/Mercy fort that I’m pretty proud of).

Anyway, according to Kaplan, we won’t have to put up with this clumsy solution for much longer. Responding to a fan who asked about saving highlights, he says:

“This will be live before the end of summer. It’s being worked on right now.”

Note that this isnotthe same as a replay system, as Kaplan clarified on this Reddit thread. The term “replay system” generally implies some ability to search through or edit footage, which would be “way more complex”, as Kaplan says.

From Doom to Quake to Counter-Strike, multiplayer shooters have long benefited from user-generated content, and Blizzard are keen to add to this tradition.Kaplan says on the forumsthat:

“We are extremely open-minded about releasing a map editor for Overwatch someday. But because Overwatch was made with a brand new engine, this is not a small task or one which can happen any time soon. We have this on our long-term road map and believe heavily in user-made content. But there are many challenges ahead of us and it will be a very long road before our editor can be made available to the public.”

As we note in our Overwatch update tracker – where you can get all the latest news on what Blizzard have planned for their shooter in the future – Kaplan has discussed this in the past. The main issue is that “the tools and tech are not in a state where it is easy to make them public-facing.”

So Blizzard are keen to make it happen, but it’ll be a while.