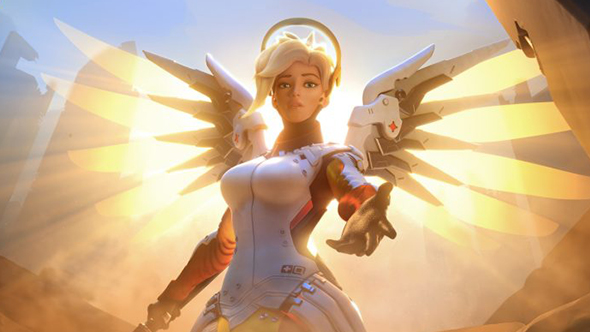 Blizzard’s Mercy rework last year certainly had its critics – as any major change in an online game does – but one of the saddest costs of the change was that she no longer uttered her iconic voice line, “heroes never die,” when using her ultimate. Thankfully, Blizzard are finally correcting this egregious error.

Find out about all of the weapons and abilities for Brigitte, Overwatch’s newest hero.

On the Blizzard forums, lead writer Michael Chu says “I’m not sure about the time frame it’ll go out, but we are going to switch Mercy’s Valkyrie ultimate to use her old lines, ‘Heroes never die!’ and ‘Helden sterben nicht!’ along with the skin variants. (And they won’t play when she uses Resurrect.)”

Though we won’t be returning to the days of Mercy reviving an entire team with a well-timed ult, at least Valkyrie will soon sound a bit more triumphant.

Mercy’s been a subject of constant effort from Blizzard, from the initial rework to a series of nerfs aimed to bring her in line with the rest of the cast. Way back in 2016, fans even managed to convince Blizzard to change the voice line for her witch costume, proving that the Overwatch team is always looking at the most important feedback.