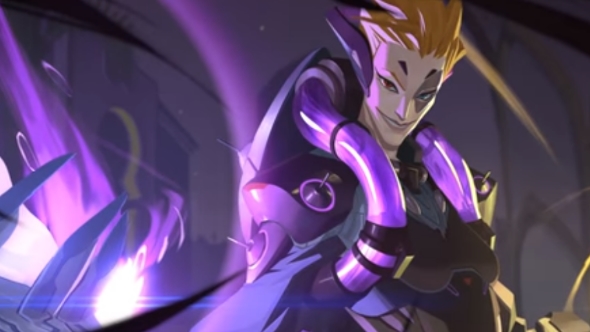 You’ve seen her intro trailer, now find out more about our new Overwatch hero. Or, should we say, new villain: Moira is a Talon agent, allied with Doomfist in her quest to forward science no matter the cost. Who needs ethics when you have breakthroughs?

For more, check out our hands-on with Overwatch’s Moira herself.

Moira is a scientist who has a long and storied past with our favourite heroes. She was recruited by Gabriel Reyes (AKA Reaper) into Blackwatch, assigned to help push the division’s science forward. Here, it would seem she helped Reyes develop his wraith form that is so iconic to Reaper. Eventually the two would become part of Talon and Doomfist’s plan.

No doubt more Moira lore will be revealed over the coming months. At Blizzcon, Overwatch story lead Michael Chu teased that Moira has links to many characters, including Mercy. Perhaps a comic will offer more detail.