Overwatch rolls ever on, with the live game having been updated to its latest version, 1.31, on December 11. This patch launches the Winter Wonderland event, but otherwise there’s nothing new content-wise – as in, there’s no new hero or map. It’s a pretty exciting patch nonetheless, making big nerfs to Brigitte and Doomfist.

Doomfist’s nerfs are intended to give opponents more of a chance to fight back – he’ll have to be more accurate and considered with his moves or else be punished. Brigitte’s nerfs mainly turn around her Shield Bash, which can no longer hit through shields and has had its damage nerfed into near non-existence. This means she can no longer kill Tracer in a single combo and gives shield tanks more utility – perhaps the devs have been listening to Seagull, a former pro who has argued forcefully against the proliferation of ‘hard’ counters in the game.

Patch 1.31 was applied to the live game on December 11 and, thus, is out now. Get stuck in to Winter Wonderland! 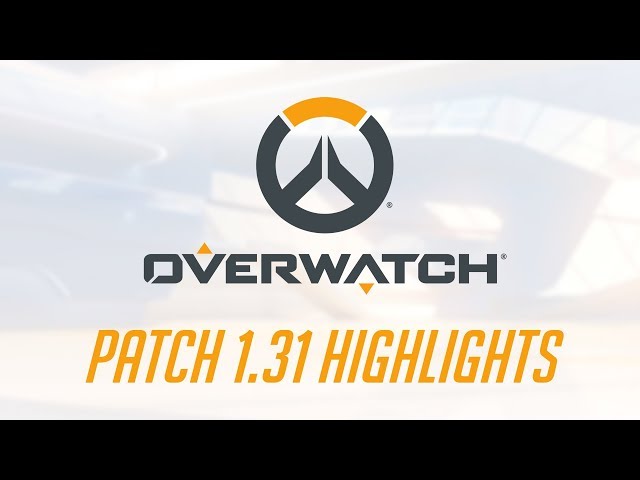 Rather awkwardly, the snowbound Blizzard World was found to be bugged, imprisoning players in spawn rooms, and so has had to be disabled on all platforms while Blizzard roots around for a fix. Otherwise there’s the usual slew of new skins and cosmetics, including Krampus Junkrat, Sugar Plum Fairy Mercy, and Figure Skater Symmetra. The much-desired jetpack cat even makes an appearance – if only as part of a victory pose.

Developer Comments: Our final technical audit on Ashe’s character package allowed us to implement a feature we talked about several times during Bob’s production. Making him part of Ashe’s golden weapon is a great way to celebrate our favorite Big Omnic Butler and let players show off their hard-earned Competitive Points each time they summon him onto the battlefield.

Developer Comments: Bastion could use a little bit of an offensive boost to balance out how vulnerable Recon’s bulky size and Sentry’s stationary nature make it. As a reward for surviving in spite of these weaknesses, we gave Bastion a lower spread in Sentry mode to make it more effective at farther ranges than it was previously.

Developer Comments: Brigitte’s Shield Bash is a strong ability that often feels difficult to counter. [Removing the stun through barriers] will offer new options for counter play, enabling shield tanks to better protect themselves and their teammates. Reducing its damage reduces her total stun combo damage potential while still allowing Whip Shot and her basic melee attacks to retain their full strength.

Brigitte is a hybrid tank/healer, and lately we’ve been reducing her effectiveness by reducing the power of her non-healing functionality, but we want to make sure she is still a viable pick so we’re increasing the uptime of her Inspire passive to help increase her overall healing output.

Developer Comments: The PTR Doomfist changes are all about trying to give his enemies more opportunities to effectively fight back.

Doomfist’s high mobility allows him to engage and disengage from extremely long ranges. Decreasing the range of his targeted aerial version of Seismic Slam requires him to get closer before engaging an enemy and makes it slightly harder for him to escape from combat. The loss of air control on Rising Uppercut was a frustrating mechanic for players, but it allowed Doomfist to set up combos. We’ve found a decent middle ground by limiting the time Doomfist has to line up his next move.

The Meteor Strike changes will make it harder to secure a ‘free’ kill on heroes without mobility such as Zenyatta or Ana, while still preserving its max potential damage when aimed well or when combined with other abilities such as Graviton Surge or Sleep Dart.

Overall we’re looking carefully at the amount of crowd control abilities (such as stuns and knockbacks that remove air control) and seeing if we can remove or reduce some of the effectiveness of some of these.

Developer Comments: McCree’s Fan the Hammer wasn’t as reliable of an option against higher health heroes as it should be. Increasing its damage will make it more potent in close-range engagements where it is intended to be most effective.

Developer Comments: The intent of Tactical Visor is to make Soldier: 76 unable to miss during its duration. However, Helix Rockets have travel time, so if they were fired directly at an enemy they would often miss a moving target at further ranges. This change allows players to freely aim Helix Rockets while still auto-aiming his primary fire.

Developer Comments: While the Molten Core damage pools were intended to provide players with tools for area denial, they weren’t proving threatening enough to deter enemies for a significant amount of time because their damage was too low.