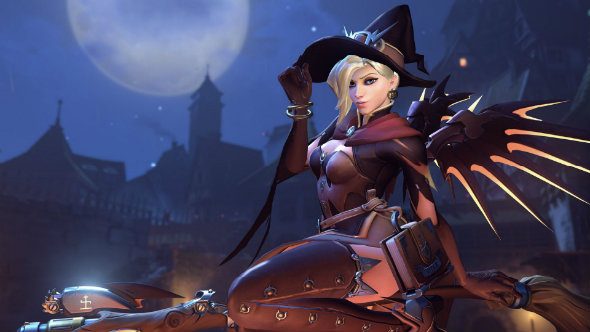 <p>It may be a multiplayer game, but it was quite clear early on in 2016 that Blizzard’s cartoon FPS, Overwatch, was popular with people who like playing with themselves. The game surged up the search rankings on <a href=”https://www.pcgamesn.com/overwatch/overwatch-porn-searches-surge”>PornHub in May</a>, and that trend has seemingly continued throughout the year.&nbsp;</p><p><em>If you get hot about virtual avatars, our list of the <a href=”https://www.pcgamesn.com/the-witcher-3-wild-hunt/the-best-adult-sex-games-on-pc”>best sex games</a> has you covered. Hey, we’re not judging you.&nbsp;</em></p>

“It appears that the trend is moving more toward fantasy than reality,” says Dr. Laurie Betito, sex therapist and author of The Sex Bible for People Over 50.

A massive gorilla, cyborg ninja and azure assassins made entirely of polygons are certainly different, I’ll give you that.