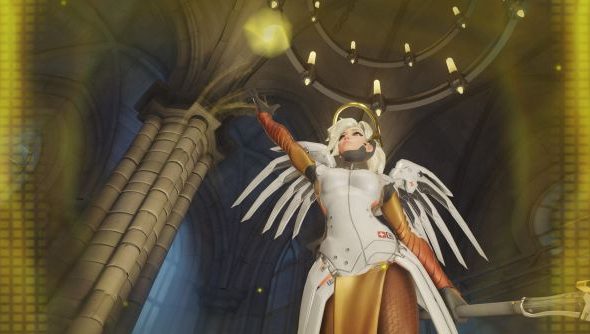 Update 24 May, 2016: Overwatch has gone live and we can now confirm the prices of the shooter’s loot boxes.

Overwatch is finally out, and we can reveal the prices of its in-game loot boxes. While not required, you can pay real world money to unlock these loot-stuffed reward crates if you want to take shortcuts instead of unlocking them through play. Here are the price for the various bundles:

Check out all the Overwatch characters, since they’re all available free, forever.

Update 23 May, 2016:Blizzard have clarified that there will be microtransactions upon release, in the form of loot boxes.

During our interview with Michael Chu there was a misunderstanding about Overwatch’s microtransactions, as detailed below. Blizzard have now confirmed to us via a spokesman that there will in fact be microtransactions in the game at launch, taking the form of loot boxes. Details and prices of these will be revealedonce the game launches.

Original Story: 23 May, 2016:There is a long history of debate around Overwatch microtransactions and possible payment model. That it is not free-to-play still surprises some, while worries over what Blizzard will charge for continue to circle. In an interview today with Michael Chu, one of the game designers, we reconfirmed that Blizzard don’t plan to make us pay for new heroes or maps at any point in the future. There’s also no microtransaction system in the game at all at launch.

Chu was very specific when I asked, saying “You will not have to pay for heroes and maps.” This is the same statement game director Jeff Kaplan gave a few months ago after questions over the game’s payment model were brought to the fore, but it’s nice to hear on the eve of launch that nothing has changed in the intervening period.

Chu also said that the build of the game going live tonight contains no microtransactions of any sort, confirming that “for now, they’re just unlocked through levelling up.” Kaplan told us last year that they were considering charging for these Overwatch loot boxes, perhaps at the price point of a Hearthstone pack, but apparently it hasn’t yet come to fruition.

That in mind, I asked Chu what their plan for support going forward would be, considering it’s a game that could live forever. He, and perhaps Blizzard, don’t know yet.

“Forever’s a long time,” he laughed. “It’s not really an area of expertise for me because, thankfully, one of my favourite things about working at Blizzard is we have a great business team who handles all this for us. I’m just focused on what this new content will be and I’m faithful that we’ll find a way to distribute it.”

Not launching with a monetization plan is a rarity in the modern world so those business folks likely do have some ideas in mind. Blizzcon is many months away in November, while Gamescom in mid-August is another common stomping ground for the developer and their announcements. Kaplan has teased a summer of new content in dev diaries and elsewhere – seems like we’ll see that before we’re asked for any more money.