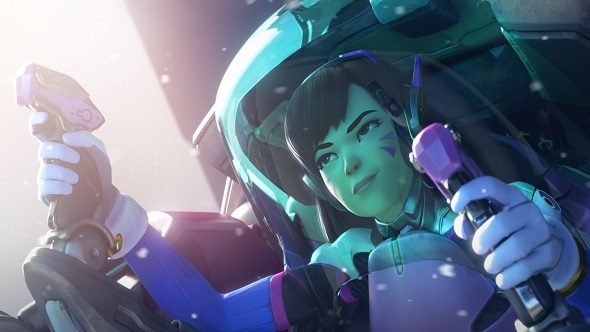 Update January 9, 2017: Overwatch game director Jeff Kaplan has clarified some of the comments he made regarding players using the PTR, saying he’s looking for “better feedback”, not for everyone to jump in.

Kaplan took to the forums once more to explain that he wasn’t looking for everyone to jump into the PTR, after one player suggested it’s not worth the hassle for a lot of people.

Want to know who the best tank is? Have a study of our Overwatch character class guide.

“Just to clarify, my post the other day wasn’t trying to force all players to play on the PTR,” Kaplan says. “But rather I was trying to help people formulate better feedback. It’s important to contextualise your feedback and also clarify if you had played with the changes for an extended period or not.”

Basically, he wants people to stop making gut decisions based on one PTR match or by simply perusing the patch notes. He also went on to explain why there hasn’t been some kind of incentive added to entice players over to the PTR.

“Regarding the PTR experience, it won’t always be a smooth platform,” he continues. “Obviously, the things on PTR aren’t ready to go live yet and that’s the whole point of the PTR. So if it’s not working out for you, don’t feel obligated to keep trying. We have some ideas to make the PTR feel more rewarding but these are significant development tasks that would directly take away from development time on the core game.”

Original Story January 7, 2017: When characters get hit with the nerf bat, you can always expect some backlash.Patch 1.7for Overwatch’s PTR saw tanks D.Va and Roadhog receive some significant changes, with Roadhog getting some major alterations to his hook while D.Va’s armour and cannon damage was reduced.

With tanks dominating the Overwatch competitive meta at the moment, these changes were no doubt to dissuade people from always picking beefy bodies. D.Va’s patch notes reflect this desire, with the editor comments stating that D.Va’s armour reduction is to deal with her having “no weaknesses, even against heroes that are often effective against bigger targets (like Reaper).”

Certain Overwatch fans didn’t see eye to eye with this design philosophy, taking to the forums to ask ‘Is the Sky Really Falling?’ in response to these nerfs. In order to quiet the masses, game director Jeff Kaplan and principal designer Geoff Goodman took to certain threads to clarify a few things about the D.Va and Roadhog changes.

First off, Goodman conceded that there were still some problems with Roadhog’s hook, mainly it missing targets whose hitboxes extend from behind a wall. A fix for this issue is coming to the PTR, along with other hook changes like the ability to throw opponents behind you if you spin Roadhog around before your hook connects. The balance team are also experimenting with the hook slowing players on impact, especially against airborne foes. According to Goodman, this is to combat extreme cases where “a player was strafe jumping and got hooked, but just before they get pulled they traveled a good 3-4 meters before breaking LOS, causing the hook to fail.”

As for D.Va, Kaplan was keen to combat some of the unnecessary doomsaying by firing off some stats about play time with the latest update. Only “0.26% of Overwatch players have tested these changes on the PTR” and of these players, “the average playtime on the PTR (including sitting in menus etc.) this week is 26 minutes.” Kaplan therefore encouraged players to spend more than “one anecdotal match” with the new version of D.Va, to form a more informed opinion on these changes.