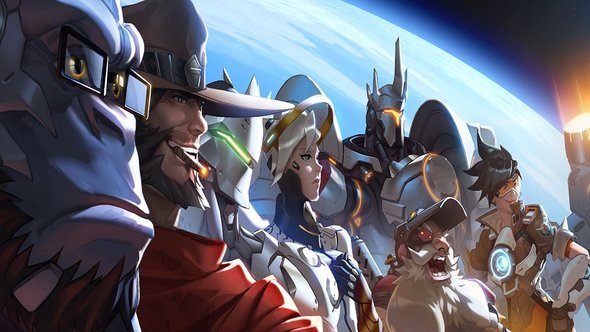 Overwatch director Jeff Kaplan took to YouTube today to discuss possible incentives to playing on the PTR. The public test region is a server which allows players to test out upcoming Overwatch patches and give feedback to the developers at Blizzard. He also mentioned the possibility of implementing some in-game rewards in the form of loot boxes and/or experience and levels.

Find out more about the Overwatch 1.7 patch by checking out our rundown of it

Also on the agenda were a number of gameplay tweaks. The somewhat rocky start made by stealthy assassin Sombre has been addressed with the announcement of some minor buffs. However, as Kaplan states, the team at Blizzard “believe she’s actually very powerful and a lot of players haven’t mastered how to play her correctly yet”. He goes on to explain that many players don’t see eye-to-eye with the dev team, who see her “more as a back-line disruptor than a front-line flanker or assassin”.

Roadhog is also on the chopping board, particularly with his hook which both players of the hero, as well as victims of the hook, have found to be somewhat broken, often clipping around walls. Kaplan acknowledges this by saying “we felt like there were victims on both sides” and promising to make the hook feel “more consistent”.

Mech-commanding tank D.Va was initially somewhat underpowered, but Kaplan feels that her recent buffs have tipped her too far towards the opposite side of the spectrum. He explains “she’s too effective with moving and shooting and diving in on people, and her survivability is really high”. He goes on to explain that she needs bringing back a little and promises that the team will keep their collective eyes on her.

Finally, responding to claims that Ana needs to be totally reworked, Kaplan disagrees, stating that “we think her kit is really great, the way her abilities interact with one another, we just want to pull back her overall healing”.

Kaplan signs off by assuring players that he not only listens to their feedback from the PTR, but also monitors the extensive statistical data that in generates and will continue to iron out the proverbial creases.