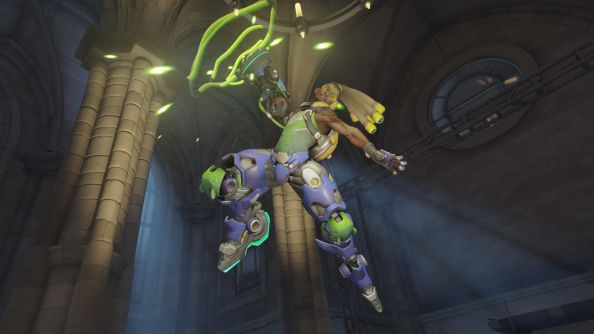 Jeff Kaplan, game director on Overwatch, held an AMA on Reddit last night to answer a some of the never-ending list of questions players have about Blizzard’s hit FPS. As you’d expect from Kaplan there were plenty of tidbits that reinforced that the studio was putting effort into making the right changes, but not quite enough to reveal the full picture. What is clear though is that Lucio is likely to undergo changes in the future, and a making of Overwatch documentary is on the way.

Need to know what’s next? Check out what’s coming up in Overwatch.

Lucio’s being re-tuned
Everyone’s favourite roller-blading DJ looks to be getting a tune-up in the future. “Right now we’re trying some stuff with Lucio,” revealed Kaplan. “We feel like a lot of players feel like he is a ‘must have’ in comps but he also doesn’t feel super impactful to play. We’re trying some ideas to make him more engaging to play while making him a little less obvious/must pick.”

Winston’s getting buffed
“Winston is the least picked hero in the game in case you were wondering,” said Kaplan. In order to try and rectify this, some new changes are coming to the PTR. “I am looking forward to seeing how the barrier changes play out from the PTR once they go live. We’ve seen that Winston in the hands of the right player — like Miro for example — can be amazing.

“I think going too overboard with Winston buffs on the eve of Orisa’s release is not wise. So we need to proceed with caution here. We don’t want barriers or tanks getting out of hand,” he added.

Widowmaker legendary skin?
Have you been holding out on a new legendary skin for Overwatch’s French sniper? “Soon. Worth the wait,” says Kaplan, suggesting it won’t be long until there’s a lovely new Widowmaker skin.

Loot box gifting
If your idea of a perfect gift is an Overwatch loot box, at the moment you’d have to give (or be given) some money to just buy one in-game. Potentially not for too much longer though. When asked why can’t players gift loot boxes to friends, Kaplan replied with a simple “working on it.” 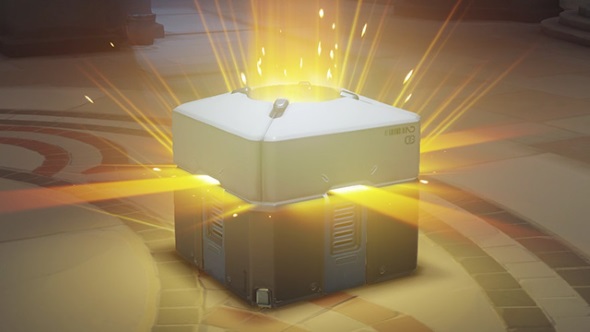 Be nice to each other, folks.

Parody videos are cool
Talking of community, it’s not all bad news. When asked about Dinoflask’s parody videos that re-mix the dev diary videos, Kaplan said: “He is super talented. The videos are hilarious. Obviously, I feel embarrassed when I see them. I mean, I am this middle-aged, awkward nerd with 0 points in charisma and really don’t belong on camera in any way, shape or form. But if I look at the videos objectively — like if they were of anyone but me — they are hilarious.”

Making-of documentary is coming
One of the most fascinating elements of Overwatch is the creation of new characters, and one redditor asked if there was any chance of seeing a documentary that chronicled the creation of a new hero from start to finish. “We have something for you!” replied Kaplan, suggesting that a video with that kind of subject should be on its way in the future. Perhaps the game’s upcoming first anniversary is a perfect opportunity?

PTR challenges
The PTR has always been a little illusive. While Kaplan released a video a few months ago explaining Blizzard’s testing philosophy, it’s never been wholly clear how they use the PTR. Thankfully Kaplan gave a great answer in the AMA that offers further detail and clarity.

“I always describe our approach as the “triangle”. I feel like there are 3 key factors that guide us: The players, statistics and… us… our own feelings as players,” he said. Apparently it’s rare that all three will align; for both the recent Bastion and Symmetra changes it was based entirely on Blizzard and player feelings rather than statistics. 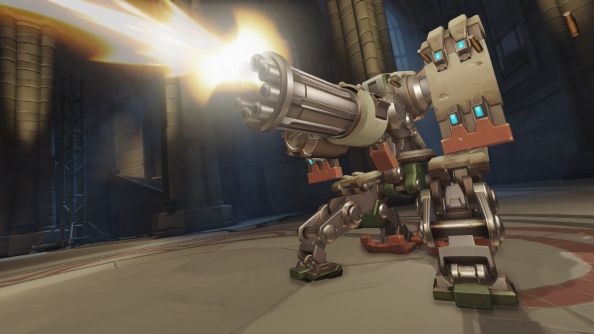 Kaplan also offered a very honest evaluation of how useful player feedback from the PTR is. “The play behavior on the PTR is not super helpful for balancing,” he said. “Average playtime of those who log in is usually around 16 minutes. Most of the time, someone logs in, wants to try the ‘changed’ hero and logs out. People don’t play traditional comps — they just want to try changed heroes. If they don’t get the hero, they leave the match. You have people who have less than 20 minutes play time on a hero testing that hero on the PTR and then giving feedback based off of 1 match.”

“Historically, the balance feedback has been very unreliable from the PTR,” he added. “It’s still good to hear how people react and what their perception is. But the reality of ‘quality matches’ doesn’t happen too often in a test environment.” As such, internal Diamond+ ranked players help out with feedback, and pro players let Blizzard watch their PTR scrims.

Evolving from Titan
Titan, the Blizzard MMO shooter that was in development from 2007 to 2013 and eventually became Overwatch, featured a class called the Jumper. “Blink, Recall and Pulse bomb were all designed for the Jumper… as well as dual wielding machine pistols,” said Kaplan. You can probably see which Overwatch character the Jumper turned into.

While most Overwatch heroes don’t have their roots in Titan, several can trace their abilities back to an idea Blizzard had for the ill-fated MMO. Windowmaker evolved from a class called the Ranger, as did Bastion and Soldier 76. The Architect eventually became Symmetra and Torbjorn, while the “big guy with shield” Juggernaut was the original idea that would one day be Reinhardt. None are straight evolutions – Overwatch characters are much simpler than the skill-tree based classes in Titan – but there are shared origin points for several.

Kaplan’s personal journey
Before finishing the AMA, Kaplan answered a question asking about his personal development. “I’ve mellowed out a lot,” he said. “I spend a lot more time trying to really listen to and understand other people… I think I’ve gotten good at taking critical feedback. But literally everything I read affects me on a personal level. I worry about my teammates in this regard. I think they are awesome and it makes me really upset when someone criticizes them unfairly.”

He also offered a little hope for anyone in the game’s large teen-to-twenties age bracket: “I’m a lot happier now than I was in my teens and twenties. I wish I could convince everyone who is young and feels unhappy to hang in there and chase your passions – things really do get better and there is so much awesome in this world we live in.”

Those are the choice quotes from Jeff Kaplan’s AMA, but you can dive into the whole thing over on Reddit.