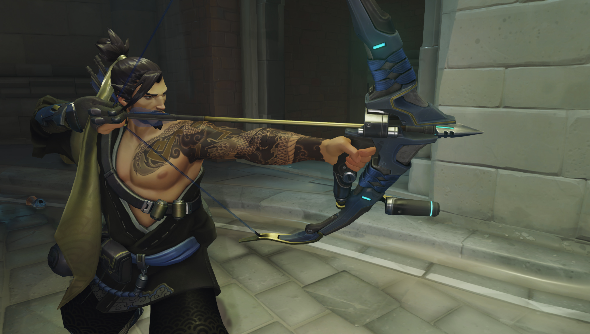 After showing off gunslinger McCree earlier in the week, Blizzard are back today with another full-length match video of their upcoming shooter Overwatch. This time the developer is showing off Hanzo, an archer with a variety of arrow types for every situation.

The match is a Point Capture/Payload game on a map set in England. Hanzo has a standard bow attack that launches an arrow, but this can be swapped out for various different missile types. The Sonic Arrow fires a tracking device to better hunt targets, and the Scatter Arrow fragments and ricochets off walls for multiple strikes.

Hanzo’s ultimate ability is Dragonstrike, which creates a spirit dragon that can travel through walls. It travels straight, but will eat any enemy in its path.

Overwatch goes into beta this Autumn. Register your interest over at Battle.net.